Little Nightmares 2, a sequel to the 2017 horror adventure game, releases later this week and explores the dangerous world outside the Maw.

The original Little Nightmares followed a little girl in a yellow raincoat named Six as she made her escape from the Maw, an underwater resort inhabited by terrifying, ravenous creates. The upcoming sequel, Little Nightmares II, will explore the world outside the Maw, and it seems to be just as dangerous. Releasing this Thursday, February 11 on Nintendo Switch, PS4, Xbox One, and PC, Little Nightmares II will also be playable on PS5 and Xbox Series X, with free next-gen upgrades releasing later this year. If you want to try out the game for yourself, the Little Nightmares II demo is available to download now on all platforms.

Though we've had to wait a little while longer for the release of Little Nightmares II, which was originally scheduled to release in 2020, the suspenseful horror-platformer is nearly here. If you want to have your copy on day one, the game is available to preorder now, with release week discounts for Switch and PS4 available at Amazon and Walmart.

There's a small bonus for preordering Little Nightmares II: a mask for Mono inspired by Mokujin from Tekken. It's described as "a mask carved from a 2000-year-old tree, but its power won't protect you from what awaits Mono in the Pale City."

There's also an exclusive Mono keychain available for preordering from the Bandai Namco Store, but this appears to be exclusive to Europe. 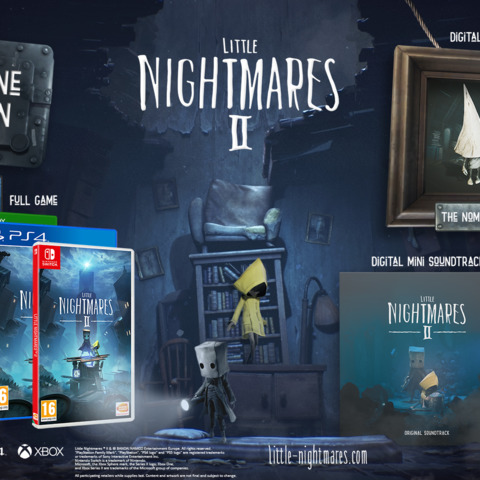 Physical copies of Little Nightmares II are available to preorder now on Nintendo Switch, PS4, and Xbox One. The PS4 and Xbox One versions are both $10 cheaper and include free next-gen upgrades for PS5 and Xbox Series X/S, respectively. These next-gen upgrades release sometime this year, but in the meantime, you'll be able to play your physical PS4 or Xbox One copy on the corresponding next-gen console due to backward-compatibility.

Note that Amazon and Walmart currently have the Nintendo Switch and PS4 versions of Little Nightmares II available on sale for $34 and $24, respectively, ahead of release.

The Day One edition comes with the Mokujin Mask preorder bonus and the base game. It also grants access to the Nomes' Attic exclusive DLC along with a mini soundtrack. 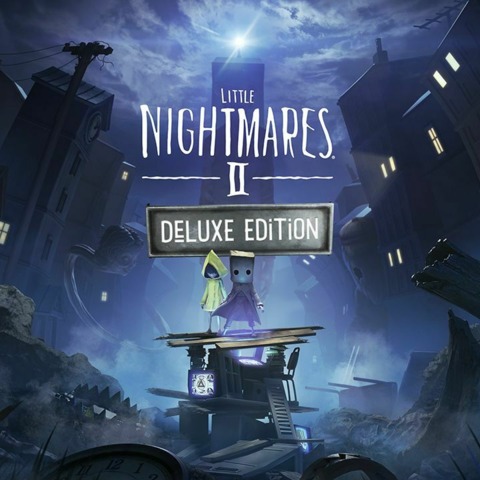 Available digitally on PS4/PS5 and PC, the Deluxe edition comes with everything in the physical Day One edition--Mokujin Mask preorder bonus, the Nomes' Attic, and the mini soundtrack--as well as a few bonus freebies, including a digital art book and two avatars for Mono and Six. On PlayStation, you'll also receive a dynamic theme, while on Steam you'll receive wallpapers. 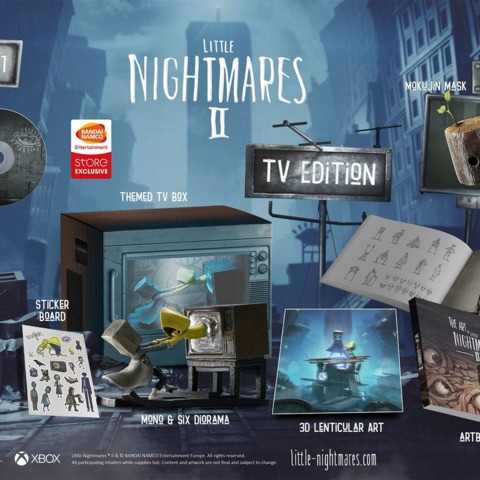 Sadly, the coolest edition of Little Nightmares II is exclusive to Europe for now. It comes with everything in the Day One edition plus additional goodies.

Set after Six's escape from the Maw, Little Nightmares II sees her team up with a new protagonist, a boy with a brown paper bag over his head named Mono. Together, the two must work together to survive the lands outside the Maw, which are occupied by a new cast of monstrous residents, including the bloodthirsty Hunter, the sadistic Teacher, creepy Mannequins, and more.

The pair is headed for a giant Signal Tower in the distance, which is emitting a strange signal and seems tied to the fate of Six, who is "fading from this world," according to the official website. Throughout Little Nightmares II, Six and Mono are also stalked by the Thin Man, a terrifying Slender Man-esque creature who first appeared at the end of the first game's DLC and seems connected to the TVs found throughout the game.

For more on the upcoming horror title, check out our early impressions of Little Nightmares II as well as our most recent experience playing through the game's school level.