The opening chapter of Little Nightmares II is a scary journey through the woods, but the tension comes from the unsettling feeling that your partner may not trust you. 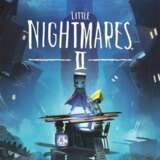 "This isn't so bad," I thought to myself as I scampered through the admittedly spooky forest, the opening level of Little Nightmares II, which I got to play in a preview build of the game. Mono, the paper bag-wearing protagonist of Little Nightmares II, handles just as nimbly as the original game's Six, which makes it easy to navigate the dangerous obstacles in my path. Whether it's leaping over the poorly hidden rope to avoid getting caught in a snare or chucking abandoned shoes and sticks into piles of leaves that are clearly hiding active bear traps, Mono is up to the task--he's an intelligent kid. Which then begs the question: Why in the hell is he choosing to continue down an increasingly dangerous path that is obviously leading up to something even worse?

That something turns out to be a dilapidated shack of a house. "We could just go around," I say out loud, but Mono isn't having any of it. The only path forward, apparently, is through, so into the obvious murder house I go. Inside, Little Nightmares' more traditional puzzles come into play--just like the first game, you're controlling a very tiny child who has wandered into a space that's home to people who are significantly larger than you. So Mono has to clamber up and down staircases, crawl under furniture, and move boxes in order to leap up and grab the handle of doors in order to open them. It's all fairly simple stuff, though there is an urgency to my actions, as the unsettling sound design and occasional environmental context clues are really selling that I'm not alone in the house.

Plus, ya know, there's that whole cannibalistic aspect of the first game in the back of my mind reminding me that there's a good chance that I'm going to run into someone who wants to eat me. The original Little Nightmares reinforced the notion that you shouldn't trust anyone or anything in this terrifying world--given what Six is willing to do in order to satiate her hunger, you're not even sure you can trust yourself. Little Nightmares II builds on this unsettling feeling of mistrust by introducing a partner character you can't directly control. She may be a familiar face, but your partnership is born out of necessity, not a mutual bond.

Locked in one of the rooms in the house is another child--it's Six, though she's not wearing her memorable yellow raincoat, appearing as she did in Very Little Nightmares, the mobile title that acts as a prequel to the original game. Six doesn't wait around to thank me for saving her, bolting out of the room. I decide to follow, and here is where Little Nightmares II reveals its new puzzles: cooperative challenges.

There are puzzles in the game that Six and Mono cannot solve on their own. Sometimes one has to boost the other up to reach something that's really high, for example, or hold an object in place while the other interacts with it. For better or worse, you have to trust Six to make it through the game--when you pull on a rope to decrease the gap in a bridge to allow her to make the jump to the other side, you have to hope that she is willing to then come back and reach out her hand to catch you as you make the further jump. There's no way to directly control Six. She wanders off and doesn't wait for you to catch up unless she encounters a problem that she can't solve on her own. You can hold her hand--sacrificing speed to ensure you both stick together--and call for her to come to you. But there were a few moments when I called out and I could have sworn that when she looked back at me, she paused to consider whether it was worth it. Maybe it was just a latency issue, a bug to be ironed out ahead of release, or maybe she doesn't trust me yet. And if she doesn't trust me, it makes it hard to comfortably feel like I can trust her.

And that's where Little Nightmares II's true tension lies, in the unnerving position you find yourself in where your survival is dependent on relying on someone you're not sure you can completely trust. You do need Six too, you just can't abandon her. The game does a fabulous job of hammering in that fact within the first few moments of meeting Six. Because after saving Six, you encounter the being that likely took her captive: the Hunter. And you will not get away without her.

"Why do they call him the Hunter, Jordan?" I can hear you asking. Well, the first time you see him, he's skinning animals with his bare hands, which seems like a very outdoorsman, hunter-y thing to do. Oh, and upon seeing you, he decides his best course of action is to load a shotgun and just start blasting.

What follows is a lengthy chase through the rest of the forest, with you and Six working together to move heavy objects, climb over obstacles, and discover ways to temporarily hide from your pursuer. Chase sequences aren't new to the Little Nightmares games, but Little Nightmares II does a much better job with them than its predecessors. You still immediately fail if you're caught--which for the Hunter means he sees you and blows your head off--but the sequel does a better job of teaching you how not to fail because you now have a partner. At the beginning of the chase, Six immediately takes off sprinting and hides behind a box, a cue that you should do the same. The Hunter shoots at you but the box takes the shell, and during the time it takes for him to reload, Six sprints to the next hiding place. After this, Six follows your lead, but now you have the knowledge of how to escape the man who's chasing you: Run to a box, hide behind it to survive the shotgun blast, run to the next box, repeat.

This pattern continues throughout the chase, with Six initially showing you how you can survive (hide in tall grass or dive underwater to avoid the light of the Hunter's lantern, for instance) and then handing the agency back to you with the knowledge of how to survive for the next few minutes. So instead of experimenting with several different strategies and dying over and over at each checkpoint, I actually made it through the entire chase with only two deaths (and both were clearly my fault--I rushed ahead in fear when I should have taken a few seconds to take stock of the situation). It felt like Six and I were leading each other and working together to escape this monster instead of me memorizing the correct route through repeated trial and error. When it comes to horror games, I find it way more satisfying when it feels like I outsmarted the invincible monster chasing me--I don't want to be reminded that I'm simply trying to solve a puzzle that's dressed up to be scary.

The escape from the terrifying Hunter ends in a satisfying way. I didn't really appreciate it until after the fact--in the moment, I was screaming, "Pick up the gun and end this motherfu-" as I tried to grip my controller with sweaty hands--but as Six and Mono were safely sailing away, I realized that most of the distrust I had for Six was gone. But only most of it, not all. Escaping the house and fleeing from the Hunter showed just how reliable Six could be in a pinch. She seems like an excellent ally to have. But I also can't help but think back on the times when she ran off without me, only slowing down when it seemed like she would need me to help her. Does she trust me or is she only keeping me around for as long as she needs me? It's a tense way to end Little Nightmares II's first chapter, and it left me intrigued to see how the rest of the game plays out.

I guess I'll find out whether Six is a trustworthy partner when Little Nightmares II launches for Xbox One, PS4, Nintendo Switch, and PC on February 11.