Light in the Darkness: Dealing With Depression in Games

Are games capable of meaningfully confronting the difficult issue of depression? The creators of two new games think so.

Fiction that deals with depression is nothing new. Many believe that Shakespeare's character Hamlet suffers from the disease. The Bell Jar by Sylvia Plath is a literary classic that presents a powerful psychological portrait of the illness as experienced by its main character. Numerous books, plays and films have attempted to illuminate the experiences of depression sufferers. But grounded, serious, real-world portrayals of depression are not something games have concerned themselves with much, until now. Two games, Actual Sunlight by Will O'Neill and Depression Quest by Zoe Quinn and Patrick Lindsey, are taking different but equally valid approaches to this difficult subject matter.

Actual Sunlight is a linear story created by Will O'Neill in RPG Maker VX Ace. Set in present-day Toronto, the game places you in the role of Evan Winter, a single man who, like many depressed individuals, goes through the motions of life without revealing to anyone around him the crippling emotional and psychological burden he carries with him everywhere. Actual Sunlight's power comes from the way that your experience playing as Evan is constantly interrupted by his thoughts and imaginings. In these interludes, Evan's emotional emptiness, the lack of a sense of meaning in any aspect of his life, is not just apparent; it's relentless. The voices in his head never stop laying on the self-loathing, nor do they stop commenting on the perceived pointlessness of his job, his failure to form meaningful relationships, and anything else they can use to suggest that Evan's entire existence is utterly worthless. As I played through Actual Sunlight, I couldn't help but be affected by Evan's mental and emotional state; O'Neill's use of language is strong and unflinching (this is most definitely not a game for children), and over time, I began to feel beaten down by these interludes. Yes, I mean that as a compliment.

As I played through Actual Sunlight, I couldn't help but be affected by Evan's mental and emotional state.

You may not have much control over Actual Sunlight's narrative, but I still feel like it benefits from being a story that is told in the form of a game rather than a book or a film. As Evan, I went through the motions of getting up in the morning, going to work, and returning home. I understood how, through Evan's eyes, it all felt so pointless, in a way that I might not have if I were just watching it happen to a character. And toward the end of the game, you're forced to make terrible choices that aren't choices at all, which I think is a powerful metaphor for the ways in which a depressed person's outlook can be out of his control. Friends might tell him to be hopeful, to look on the bright side, but much as he might want to, he can't.

Actual Sunlight can be played in its entirety for free, and I recommend it to anyone who is interested in the capacity of games to tell mature, character-driven stories. O'Neill is also currently running an Indiegogo fundraiser in the hopes of sprucing up the game with original artwork and music.

Meanwhile, game designer Zoe Quinn and writer Patrick Lindsey, who have both suffered from depression, are working on a game called Depression Quest. Due to be released on February 14, Depression Quest is being created using Twine, the text tool I recently wrote about. This game is a more interactive, player-driven approach to the subject of depression than Actual Sunlight. Depression sufferers often have precious little motivation, and in Depression Quest, you must try to manage your motivation level as you progress through the situations the game presents you with; as your motivation declines, options become grayed out and unavailable. Depression Quest makes use of imagery that changes depending on your depression level, and has a soundtrack by Isaac Schankler, who composed the music for the well-regarded narrative-driven game Analogue: A Hate Story.

"The two 'points' of the game outside of expressing ourselves are to help non-depressed people have a peek at what it's like and to help depressed people know they're not alone."

Quinn and Lindsey have posted updates on Tumblr about the game's development, in which Zoe has characterized work on Depression Quest as simultaneously difficult and therapeutic. But the two aren't just making the game for themselves. As Quinn wrote in a Tumblr update, "I really want it to be relatable, since the two 'points' of the game outside of expressing ourselves are to help non-depressed people have a peek at what it's like and to help depressed people know they're not alone and kind of reach out/commiserate." If the reactions of early playtesters are any indication, Quinn and Lindsey are on the right track. "Early feedback has indicated that DQ… makes people very uncomfortable to play," Lindsey wrote. "As much as I hate causing any sort of discomfort to my friends, I'm encouraged by the fact that maybe - just maybe - Zoe and I have hit on something that can accurately convey our experiences."

It's a noble aim for a game, I think. As I've said before, I strongly believe that games don't need to be fun to be of value. In fact, I think it's a vital step in the development of games as an art form that they come to be recognized as a medium that can be used to explore serious issues in a serious way, so I'm fascinated by the work creators like O'Neill, Quinn, and Lindsey are doing. Depression can be a crippling disease, and one that not only affects sufferers, but the families and friends of sufferers, as well. Often, the pain people feel when someone they care about is struggling with depression is compounded by the fact that they don't understand why their loved one is acting the way they are. If games can help more people understand what depression is, and help people with depression feel less alone in their suffering, then that's something games should do. 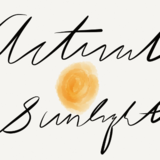