Solid Snake continues to get it done for Konami. Today, the Japanese game maker reported its results for the April-December period, saying that total revenues for the first nine months of its 2009 fiscal year grew 5.1 percent to ¥234 billion ($2.56 billion). Konami's profit margins also continued to outpace the year-ago period, given that net income rose 17.3 percent to ¥17.8 billion ($195 million). 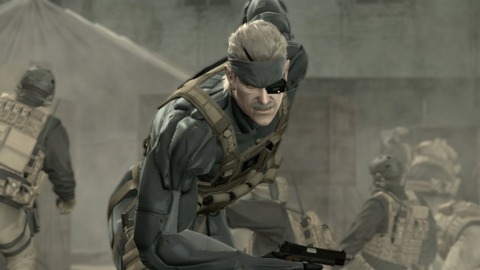 For the first nine months of its current fiscal year, which runs from April 1, 2008 to March 31, 2009, Konami has sold 22.35 million software units across its various franchises. In addition to Metal Gear's gains, the publisher has been bolstered by the success of its Pro Evolution Soccer franchise, which has sold more than 7.41 million units during the nine-month period. Other top performers for the game company include Castlevania: Order of Ecclesia for the Nintendo DS, as well as installments in its perennial Dance Dance Revolution rhythm franchise.

Despite Konami's positive growth during the period, the publisher provided a warning to investors that the global economic downturn will have a negative impact on its full-year returns. Citing slower consumer spending and a strengthening of the yen, Konami revised its full-year revenue and profit outlook downward. The publisher now expects revenues to rise 3.2 percent to ¥307 billion ($3.36 billion) during the year, with profits now projected to grow a mere .3 percent to ¥18.5 billion ($203 million).

There are 293 comments about this story
Load Comments (293)