Samurai Warrriors: State of War for the PSP and Warship Gunner for the PS2 are scheduled for early spring release.

Gamers hungry for some feudal samurai slashing or modern naval warfare have March to look forward to. Publisher Koei today announced that two of its war-centric games, Samurai Warriors: State of War for the PSP and Warship Gunner for the PlayStation 2 will both be released in March.

Warship Gunner 2 brings near-future naval combat to the PlayStation 2. The sequel to 2003's Naval Ops: Warship Gunner, Warship Gunner 2 features 100 missions and a variety of ships, including submarines, battleships, and destroyers. Gamers will be able to invest in various technologies, improving their chances for survival on the high seas. Rating and pricing information is not yet available. 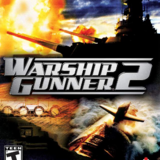