Despite a sellout at Microsoft's launch party, plenty of consoles were still available during the console's debut weekend. Photos inside.

TOKYO--In North America and Europe, Microsoft's Xbox 360 sold out in most retail locations within hours of going on sale. In Japan, though, it was a different story, as there were still plenty of consoles on shelves throughout its debut weekend.

Microsoft had a successful launch ceremony at the Shibuya Tsutaya shopping center, where executives Peter Moore and Yoshihiro Maruyama joined 250 gamers to count down the last seconds before the Xbox 360 went on sale in Japan. Bill Gates didn't make an appearance in person, but nevertheless, the console sold out in just 30 minutes at the store.

But at other retailers in the city, lines for the Xbox 360 were not nearly as long. At the Shinjuku location of the popular Yodobashi Camera electronics-store chain, where Sony officially launched the PSP last year, around 30 people were lined up around half an hour before the console went on sale at 7:30 a.m. At other major shops, crowds reportedly ranged from 10 to 30 people, although customers who preordered didn't have to line up at most locations.

But after hardcore gamers made their purchases, many 360 units remained unsold. For example, the Akihabara branch of Yodobashi Camera promoted the Xbox 360 heavily. It established a dedicated area and cash register for the machine, where many customers stopped to check out a trailer of the 360's forthcoming adventure game Ninety-Nine Nights. However, most visitors walked away without buying a 360. On Sunday evening, one of the busiest shopping times in the weekend, over two dozen Xbox 360s were stacked up behind the 360 cash register and several idle, bored-looking sales assistants.

The apparent lack of enthusiasm came despite retailers' efforts to promote the Xbox 360. Most displayed the console prominently near their entrance or cash register. Many stores also had high-visibility Xbox 360 demo kiosks where people could try out the games or watch trailers on a high-definition LCD screen. In general, retailers also sold the Xbox 360 at around 38,800 yen ($322), a slight, 1,000 yen ($8.34) discount from its official sticker price.

Some major retailers offered more substantial Xbox 360 discounts. Akihabara's Asobit City was offering a 15,000 yen ($125) store credit if customers signed up for a broadband Internet service plan when they purchase their Xbox 360. Sofmap offered a 20,000 yen ($166) discount on Xbox 360s, with a purchase of a game and a broadband ISP signup. Sofmap also randomly gave away two free Xbox 360s to customers who purchased a certain amount of goods at the store. 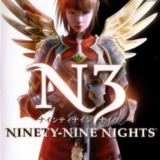 There are 294 comments about this story
Load Comments (294)