Japanese devs must not ignore multiplayer - Gears of War designer

"My advice to Japan is that in a disc-based market right now, you cannot [ignore multiplayer]," he said. He went on to qualify that thought, saying, "I'm not saying tack multiplayer onto every game."

He later explained that he found Grasshopper Manufacture's Shadows of the Damned to be a "wonderfully crazy adventure," but lamented its lack of multiplayer.

Bleszinski does not think Japanese developers are universally ignoring multiplayer. He cited From Software's Demon's Souls and Dark Souls as examples of "innovative" titles that offer "mingle-player," where the lines between single and multiplayer are blurred.

Bleszinski also shared some cutting words about Platinum Games' well-received third-person shooter Vanquish. He said it was a "crime" that Vanquish did not have a multiplayer mode where he could perform the high-flying and fast-paced actions found in the game's campaign.

He said whatever reason Platinum Games had for not including multiplayer in Vanquish was "paved with good intentions" but at the same time made the game "[handicapped] by the fact that it was seen by many gamers as a campaign rental or a used game, and not the $60, day-one, gotta-have-it game." 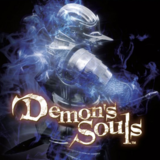 There are 556 comments about this story
Load Comments (556)