With only 12 percent of survey takers saying they'll buy the PS Vita, GameSpot's news team debates whether dedicated gaming portables can thrive in a mobile- and tablet-filled world.

The PlayStation Vita makes its debut in North American stores today, but the system's launch seems to be drawing as much apprehension as anticipation.

A new GameSpot Trax Gamer Insights survey asked 2,500 GameSpot readers worldwide about their purchase intent for the system, and only 12 percent of respondents said they would definitely be picking one up at some point. For comparison, last month's Trax Gamer Insights survey found that 13 percent of respondents planned to buy the Wii U, with 34 percent and 36 percent planning to buy the next-generation machines from Sony and Microsoft, respectively.

After a discussion on the fate of dedicated gaming handhelds between GameSpot news writers Brendan Sinclair and Tom Magrino devolved into juvenile name-calling and "your mom" snaps, the two decided a point-counterpoint column would be a more sensible way to hash the matter out. 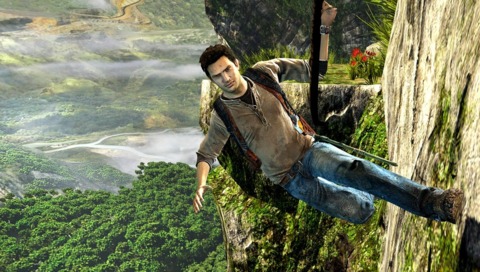 Is the market for Vita already dead?

Brendan Sinclair: I've heard a lot of people eager to pronounce portable gaming dead in the last couple of years, but I think their perspectives have just been skewed by the ubiquity and absurd growth of mobile phone gaming. If you look at the numbers, portable gaming is bigger than ever.

Back in the day, the Game Boy was the entirety of the relevant portable gaming market (apologies to Lynx, Game Gear, and TurboExpress owners, but not to Game.com purchasers), and Nintendo's dominant portable sold nearly 119 million units (Light, Pocket, and Color iterations included). Over its decadelong monopoly of the portable market, the Game Boy Advance saw the market shrink, selling only 82 million systems between the initial unit and its SP and Micro redesigns.

Now take a look at the most recent, yet-to-be-concluded generation that has seen the first real competition in the portable market. The DS has been an unquestioned hit, selling more than 151 million systems since its late-2004 debut. And while the PSP is often seen as an afterthought to Nintendo's phenomenal success with the DS, Sony has managed to sell more than 75 million units of the hardware to date.

If you look at the numbers, portable gaming is bigger than ever.

So that brings us to the newest generation of handhelds, which has roughly zero buzz surrounding it as publishers trip over themselves to pursue social games and mobile platforms with embarrassing enthusiasm. The thing is, even with the famously botched 3DS launch, it has taken only a nice price cut and the launch of a few games that are actually worth playing (like Super Mario 3D Land and Mario Kart 7) for Nintendo to once again be racking up stellar sales and be on pace to improve on the staggering numbers of the 3DS's predecessor. The 3DS has been atop the Japanese hardware sales charts every week since mid-September, often tripling sales of the next closest hardware, and on occasion beating all other platforms' sales combined. It hasn't exactly been a slouch in the West, either. Through December, the 3DS topped 4 million units sold in the US, beating the original DS's first-year sales tally of 2.37 million in less than nine months on shelves.

Vita sales haven't been impressive out of the gate in Japan, but there's plenty of time left for Sony to make the case as to why gamers should be interested in picking one up, even if they already own a cell phone. The PSP proved that Sony could crack Nintendo's handheld monopoly. Now that it has a foothold, I want to see how much more ground it can gain, in the same way Microsoft bullied its way into the console space at tremendous cost with the massive losses of the Xbox and then really pushed to the head of the pack with the Xbox 360.

For me, mobile gaming is a pale imitation of the gaming I'm most interested in. I want precise controls, actual buttons, and self-contained games that don't bug me for in-app purchases. I'm willing to pay for those luxuries. I understand there are probably more people out there for whom the neutered iOS version of Street Fighter IV is a "good enough" approximation of the real thing, but I--and I suspect many others like me--am still willing to pay a premium to get the game I want instead of paying a pittance to get the game my cell phone can handle. 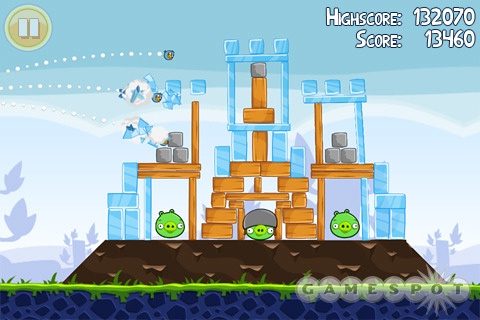 Do you need Uncharted: Golden Abyss if you already have this?

Tom Magrino: Brendan hears voices. This is a reality I must deal with every day. But the voices he's hearing now--the ones that say dedicated gaming hardware is an ex-thing--they're actually sounding quite sane.

Brendan would claim that because the 3DS is currently topping game hardware charts in Japan, there is reason to believe that it and the PlayStation Vita will roughly track the trajectory of handhelds of old. He uses words like "stellar sales" and "staggering numbers." Ignoring the fact that Japan is the country that gave us kancho and should on no occasion ever be used as a weather vane for anything, the hardware sales that he speaks of are all relative.

In the time it took the 3DS to sell 8.35 million units, iOS devices sold some 67.8 million units (according to Apple). Android figures are a bit more difficult to peg down, given that the OS can be found on devices from a variety of manufacturers. However, a guy I know whose job is to track this type of thing tells me it was around 79 million units during the quarter. I believe him, but don't quote me on that.

Now, by a show of hands, which of you developers out there are going to want to make a game for the 3DS or PS Vita when you could be hitting an installed base roughly one kajillion times bigger? I'll give you a minute to think.

But, but! Smartphones suck for gaming. Rough approximation and so on. The best argument I've seen against smartphones as gaming devices is that the controls aren't ideal. But that's a flimsy excuse for two reasons.

First, it's backward-looking. It's made by people who don't want new ways to play, or lack creativity and imagination enough to envision new ways to play. And second, even if we concede the backward-looking point, the Xperia Play has proven that it is easy enough to cram a D-pad, four face buttons, and two shoulder buttons onto a phone. Is 10 buttons not going to do it for you? And that doesn't even count the start, select, and option buttons.

Nintendo's and Sony's exit from the handheld market is inevitable.

The worst argument I've seen against smartphones as gaming devices is that they are underpowered. First of all, that's simply not true. And instead of throwing out words I don't understand, like A5 and PowerVR SGX543MP2, I'll just defer to Epic Games' Mark Rein.

"[Unreal Engine III] requires a certain level of hardware capabilities to make our pipeline, our tools work--and we work on the ones that do. The second Nintendo releases a piece of hardware that can run our engine well, we'll be on it like water on fish."

Lest it not go unsaid, Unreal Engine III is on the iPhone 4S like mayonnaise is on coleslaw.

Second, what's with this sudden advocating for more power? More power gives us new Call of Duties. It gives us an arms race where developers operate outside of reasonable budgets in order to ship a glitzy and glamorous game that's likely to capture the widest possible audience. And with so much money on the line, developers become risk-averse, conservative. Power does not give us truly special games like Braid, Binding of Isaac, Alice Madness Returns, or El Shaddai, to name just a few.

Nintendo's and Sony's exit from the handheld market is inevitable. Or at least, the dedicated gaming handheld market. Prolonging their death throes isn't doing anyone any good.

There are 366 comments about this story
Load Comments (366)