Infogrames to stay the course

French publisher's financials weighed down by US operations; chief exec says the company will stick to its plan for recovery.

Atari reported its year-end financial figures yesterday, the results of which were keenly felt by parent company Infogrames today. According to a Reuters report, the French publisher today addressed its current financial state in a news conference.

"We are not changing our course," Infogrames chief executive Bruno Bonnell told the conference. "Our priority is to pursue debt reduction...the second priority is to work on the recovery of the US operations, which are far from being dead or in a desperate situation."

In Atari's annual report, it blamed its results in part on poor retail performances by The Matrix: Path of Neo and Marc Ecko's Getting Up: Contents Under Pressure. As part of its turnaround effort, the company has said it is shifting its focus away from internal development. Earlier this year, it cut about 20 percent of its workforce and sold off the rights to a pair of games in development: TimeShift and Stuntman. 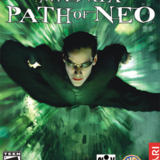