California publisher is making the sequel to the popular 2002 PS2 game, and scooping up the internal Atari studio.

LOS ANGELES--In February, Atari CEO Bruno Bonnell announced that his financially troubled company was shifting development away from its internal studios to external outfits. Then, last month, it announced that it had sold the rights to the Xbox game TimeShift, developed by external shop Sabre Interactive, to Vivendi Games, which promptly announced Xbox 360 and PC versions.

Today, Atari revealed it has killed two birds with one stone. First the company has hocked an IP in development at one of its internal studios. In a terse statement to the media, the publisher announced it has raised $13 million through the sale of TimeShift and Stuntman. The latter transaction involved selling the sequel to the popular 2002 PlayStation 2 game to another publisher.

Which lucky firm gets to do its own publishing stunts? In a parallel announcement, THQ revealed it has bought Stuntman 2, which is in development for next-generation consoles at Atari-owned Paradigm Entertainment. THQ also announced that it has "exercised its option to acquire Paradigm Entertainment," meaning Bonnell has also succeeded in selling off one of his company's internal studios.

"Stuntman is a great complement to our growing stable of original content targeting the core gamer on next-generation systems," said Kelly Flock, THQ's executive vice president of worldwide publishing, in a statement. 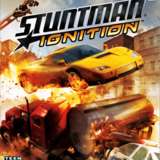