The sky is falling.

You can't outrun the past, even when the past only moves at a shambling pace. It's a harsh truth developer Sergey Titov and his team--now operating as Free Reign Entertainment--know all too well. Their open world zombie survival game The War Z--later renamed Infestation: Survivor Stories following a trademark dispute--was savaged by critics, rejected by fans, and even briefly pulled from Steam amid allegations of false advertising when features outlined in the game's official description failed to appear anywhere in the game itself.

But Infestation ultimately found an audience internationally, and the developers have since launched Romero's Aftermath, a spiritual successor to Infestation that was, if nothing else, better received. Now Titov and his team have crafted another open world game called Shattered Skies (not to be confused with Ace Combat 04: Shattered Skies). Titov recently visited the GameSpot offices to demo an early alpha version of the game, which he framed not as a pure survival game but as an online, loot-driven, shared world shooter with some survival elements.

As with Infestation, you're dropped into an expansive, open world map populated with as many as 100 other players--potentially more, depending on the final balance of the action. Though you start with next to nothing, you can scavenge the environment for weapons, items, upgrades, and crafting materials, all of which can be digitally banked at specific kiosks scattered around the map. Shattered Skies is a "full loot drop" game, though, meaning any gear you're carrying when you die is gone--unless your friends snag it and trade it back to you later.

In theory, this should add real stakes to the moment to moment shooting, especially since death can come in many forms. According to Titov, roughly 80% of combat encounters will be emergent skirmishes between players, but you can also be attacked by grotesque alien creatures at any time. Where many online shooters break boss battles out into separate instances, all the action takes place in the same shared world in Shattered Skies. You could be in the middle of a PvP firefight when an equal opportunity monster wanders up and starts wrecking both sides.

And unlike the zombies in Infestation (or any zombie game, really), the environmental enemies in Shattered Skies promise to provide a genuine challenge. Though they weren't included in the demo we saw, Titov assured us you won't be able to simply run away from these alien beasts, who started to spawn in mysterious misty areas after a comet smashed into our moon and showered the planet with fragments of both. If you do try to run, however, be sure to keep an eye on your food, water, and stamina bars. According to Titov, these bars deplete slowly and only become an issue if you neglect them entirely. Plus, you can craft things like water purifiers to make the game's survival elements more manable.

The demo we saw was largely unstructured, but Titov explained that the game contains various factions you can work with to gain gear and experience, implying that Shattered Skies does contain actual missions. And while the progression system will allow you to use higher-level equipment, this is not The Division--your stats do not dictate the amount of damage you can inflict. All bullets are created equal, though it still might be smart to avoid a player wearing conspicuous body armor if all you have is a pistol.

Shattered Skies is currently in a closed alpha phase, but should move into an open beta within the next few months before reaching its full release this fall. And unlike Infestation, the game will not contain any microtransactions--even cosmetic items must be earned. The game is also not free-to-play, though it does utilize a tiered pricing structure that offers extra in-game storage and other features aimed at hardcore players. Some fans might still be wary, but it's possible Titov and his team have truly put the past behind them. We'll find out for sure when the game launches this fall. 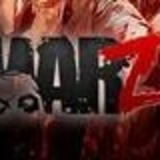