Adrift, the first-person game that casts players as an astronaut and the sole survivor of a destroyed space station, will be available from March 28 for Oculus Rift and PC. The release date was revealed by the game's official Twitter account.

Along with being stranded in space on a wrecked space station, the game's protagonist has also has no memory and a damaged space suit. Players will explore the remains of the station and figure out a way to repair an emergency escape vehicle.

The game is developed by independent studio Three One Zero, which was founded by former Microsoft exec Adam Orth, and is being published by 505 Games.

"[505 Games] have empowered us with the freedom to explore and create something special with Adrift, both traditionally and with VR technology," Orth previously said.

"It’s clear from games like Payday 2, Brothers: A Tale of Two Sons, and some of their upcoming titles that 505 is not afraid to take chances and give gamers something fresh and new. That’s important to us. That’s what we’re all about. We’re excited to be part of that."

Although Adrift is also set for release on PS4 and Xbox One, these versions have not yet been given a release date.

The Oculus Rift VR headset is set to begin shipping to preorder customers on March 28. The base preorder package costs $600 and includes an Xbox One controller, Oculus Remote, a sensor, and free copies of Eve: Valkyrie and Lucky's Tale. 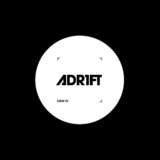