Michael Chang, creator of the third-person swordfighting game Blade Symphony, meets the man who inspired him to dive into game design: Mike Gummelt.

Behind every great idea, there's a spark of inspiration. Video games are no different, and as the next generation of developers unveil their creations, you can often spot the source of their ideas. A few weeks ago, I met with Michael Chang, creator of the stylized swordfighting game Blade Symphony. Seeing the game in motion, I was instantly reminded of the lightsaber combat from Star Wars Jedi Knight II: Jedi Outcast--and this wasn't a coincidence.

As it turns out, Jedi Outcast--a game now over a decade old--was a major influence during Blade Symphony's development, and Chang himself had been a regular in Outcast's lightsaber dueling community. I was then surprised to learn he had never crossed paths with Mike Gummelt, the man who designed that saber combat system. Now, in the almost hour-long interview below, these two developers meet for the first time to deconstruct Outcast's lightsaber mechanics and talk about classic samurai movies. It's a highly technical discussion of a game that greatly impacted both of their lives.

What is Blade Symphony? 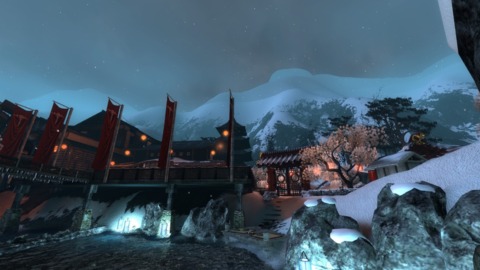 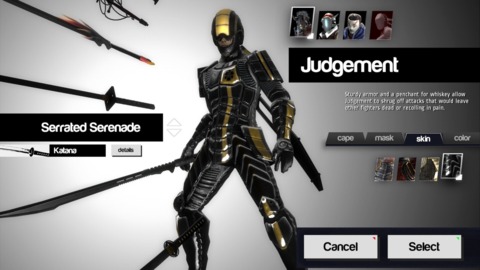 Blade Symphony is a third-person swordfighting game unlike anything I've seen recently in the fighting genre. It combines classical architecture, cyber ninjas, and an extremely robust combat system into a high-speed blend of slicing and dicing. As Chang describes it, in Blade Symphony, "you're basically playing filmed and staged swordfighting. We didn't want to go hyperrealistic. It's not supposed to be a swordfighting simulation; it's supposed to be highly stylized and fluid."

Blade Symphony began as a humble Half-Life 2 mod using Valve's Source engine. In 2011--after Chang and his team merged with fellow modders Team Dystopia--a Blade Symphony Kickstarter campaign was launched to help make the game into a full retail release. The campaign was a success, and today, development is running strong on Blade Symphony. An early version is now available through Steam's early-access program, and on the game's official page.

What is Jedi Outcast? 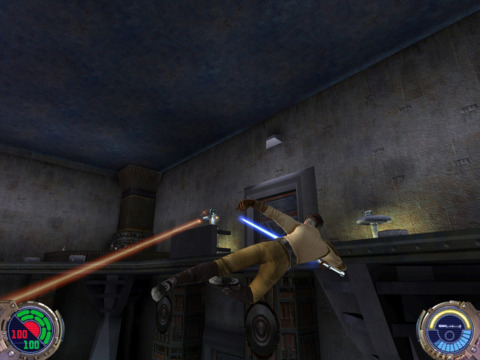 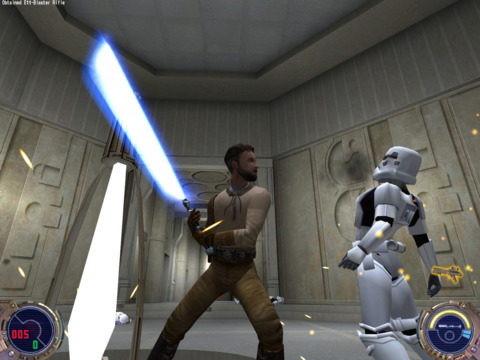 Star Wars Jedi Knight II: Jedi Outcast was the fourth game in LucasArts' Jedi Knight series (assuming you include Dark Forces). It mixed third- and first-person combat with an array of lightsabers, blasters, and Force powers. This diversity of weapons and powers could lead to some hilarious scenarios if you--like me--switched on the game's console commands and spawned an entire army of Lando Calrissians to fight by your side. And to push off a building. And to battle a Rancor.

The game was a critical success--garnering a 9.0 from GameSpot's own Amer Ajami--and was praised for combining several different mechanics and modes into one, well-executed package. For a dedicated segment of the Outcast community, one-on-one lightsaber dueling became an obsession. Within this futuristic fight club, there were no Force powers or fancy gadgets, just the purity of saber-on-saber competition. This robust fighting mechanic, designed by Mike Gummelt, took on a life of its own and would ultimately inspire a young Michael Chang to create Blade Symphony. 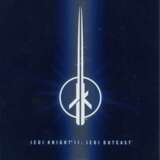