The game had been missing in action for literal years but reappeared during the Xbox/Bethesda showcase.

Team Cherry's Hollow Knight Silksong was featured during the Xbox/Bethesda Showcase. This is the first time we've seen the game in a very, very long time, and the game's rabid fans have let their anticipation be known. And while seeing the game would have been notable enough, we also learned some big news: Hollow Knight Silksong will launch on Xbox Game Pass on day one.

Hollow Knight Silksong is the full sequel to Hollow Knight rather than an expansion as the name may imply. It was first revealed more than three years ago and is planned to launch for PC, Mac, Linux, and Nintendo Switch, in addition to Xbox Series X|S. Development began shortly after the first game launched back in 2017.

For more on today's Xbox/Bethesda briefing, check out all the biggest news. 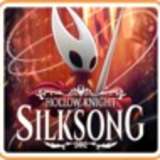