IO Interactive's CEO speaks about what the studio is trying to achieve with the new game.

Hitman developer IO Interactive is a making a James Bond 007 game next, but the game is early in development and remains largely a mystery. Now, IO's CEO and co-owned Hakan Abrak has shared some new insight into the project and what IO is trying to achieve with it.

He confirmed to IGN that the game won't use the likeness of any 007 movie actor and it also apparently will feature brand-new characters that IO invented for the game.

"It's important to mention: doing a licensed game is new to us. We've only done our own, original IPs (intellectual property), right? We've created these characters... ourselves, from scratch," he said. "It was very important for us that it wasn't a movie adaptation. So, it wasn't a game about... a specific movie, where the story has already been told."

Overall, Abrak said IO's 007 game is a "completely original story." He said his team has the big task of creating a version of James Bond who stands alone in games.

"It's very important that we could create a digital Bond. A Bond for the gaming industry... So it's a completely original story," he said. "This felt really, really important for us and we conveyed that to [James Bond owner] EON and they agreed that the result would probably be better doing it like that."

Abrak said James Bond the character has a legendary status and people collectively get excited when there is a new Bond--that's definitely true, given the fervor about who will play 007 after Daniel Craig finishes up with No Time To Die.

"Every Bond kind of defines a generation and it's amazing how they kept reinventing themselves over so many years," he said. "So, we're not only inspired by one movie, or games and whatnot. We're inspired by the whole thing, and just sucking things into us to make an original Bond, an original story, but that is absolutely true and recognizable in the values there is in Bond. I'm really looking forward to creating a new community that the gamers can call their own."

You can go watch the full interview at IGN.

IO Interactive is currently on a hiring spree, looking to bring on 200 more people to work on this new James Bond game and other projects at the studio.

IO's latest game is Hitman 3, which was released on January 20 to rave reviews and the best digital sales in franchise history. 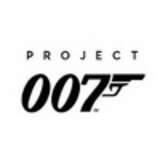