We stop in for a look at TKO Software's upcoming real-time strategy game at E3 2005.

We took a look at TKO Software's upcoming real-time strategy game at this year's E3. The developer, whose previous projects include Medal of Honor: Allied Assault Breakthrough, had already produced a working demonstration of a game that will pit the forces of heaven against the forces of hell, with mankind trapped in the middle. According to the game's story, the human race has researched incredible technical advances, leaving a separate subfaction of savage, feral humans behind. The arrogant humans have discovered a means to manipulate space and time, a development that rouses the ire of the Almighty. That's right, God decides to intervene, prematurely calling all humans to the pearly gates, so that once all souls are collected, the existence of the world can be started anew. Unfortunately, the minions of hell get wind of this development and are also irked, since they were contractually owed the souls of the wicked. To make a long story short, Armageddon happens early and the human race, and its highly advanced technology, is caught in the middle.

We were able to watch only the forces of hell and heaven in action (no sign of the human faction). The forces of hell can build up a base, like in a conventional real-time strategy game, using animated structures that churn out units or devour "primians," the savage humans who will actually act as a resource in the game. (The forces of hell want to corrupt primians to join the legions of the damned; the host of heaven wishes to rescue the primians; and the humans wish to capture the savages and impress them into slave labor.) Whenever the armies of hell build new structures, these buildings actually corrupt the ground beneath them, turning it into smoldering, pulsating black slag. As you might expect, the forces of heaven turn the ground beneath them into grassy, verdant pastures.

When armies collide, they turn the battlefield into a corpse pile. The forces of hell include huge winged demons and seductive succubi, while the hosts of heaven include companies of archers and cavalry knights in shining armor. The game will presumably use a rock-scissors-paper balancing scheme to make sure you won't be able to lean on one single unit (cavalry are exceptionally good against succubi, as we saw). You'll also be able to use your resources to recruit "archetypes," the game's version of powerful hero characters, such as the archangel Gabriel and the Messiah. TKO will attempt to balance out the great strength of such characters and their exceptional abilities by having each powerful ability (such as summoning a plague of locusts) temporarily drain away the abilities and health of the archetype character, leaving him or her vulnerable to a quick counterattack. Each of the game's three playable sides will have about 18 units to choose from.

In all cases, the game will actually render all individual units with normal mapping. Apparently, Heaven vs. Hell will be the first real-time strategy game to do this. The game will also make use of high-dynamic range lighting and specular bloom effects. According to producer James Parker, the current working version of the game can already display about 1,000 units onscreen without taking a hit to its frame rate (the team plans to try to make the game support about 2,000 units total). The game will even ship with editing tools that will have simple-to-use drag-and-drop functionality with a paintbrush tool to paint terrain with. The game will feature three single-player campaigns, and TKO estimates that players will get about 60 hours of gameplay from it. Heaven vs. Hell is scheduled for release around the holidays of 2006. 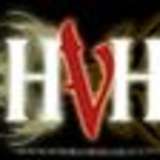