With NPD Group no longer reporting numbers, Microsoft forced to toot own horn, claim top-selling console for the month as Bungie shooter marks a milestone.

Earlier this week, the industry-tracking NPD Group said it was stripping down its monthly public release of US retail sales data. Starting with today's release of the September figures, the market research firm will no longer break out numbers for software or hardware sales.

Not to be denied a victory lap for the recently published Halo: Reach, Microsoft made public the NPD Group's figures for the Bungie-developed first-person shooter. The Xbox 360 maker today boasted sales of 3.3 million copies for Halo: Reach in the US during September, saying it is just the third game this generation to top 3 million US retail sales in its debut month. Halo 3 sold 3.3 million in September of 2007, while Call of Duty: Modern Warfare 2 topped a staggering 6 million in November of 2009.

Halo: Reach also proved to be a system seller, as the Xbox 360 hardware sold 484,000 units for the month, a 37 percent jump year-over-year. Microsoft's Aaron Greenberg said that the Xbox 360 was not only the top-selling console for the month according to the NPD, but was the only system to post better sales last month than it did in September of 2009. 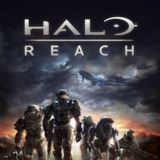