This isn't the first time a metal band has worked on music for a video game, as Florida metal group Trivium wrote and recorded an original song for the God of War III soundtrack. On top of that, System of a Down frontman Serj Tankian is working on the music for Midnight Star, the upcoming mobile game from Halo co-creator Alex Seropian.

Thordendal's contribution to Wolfenstein: The New Order is in addition to the work of Mick Gordon (Killer Instinct, Need for Speed: The Run), who composed the music for the game.

The collaboration between Thordendal and Bethesda was no doubt made easier by the fact that developer MachineGames and Meshuggah are both based in Sweden--reportedly one of the most metal-rich areas in the entire world. 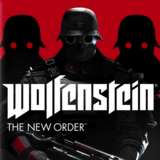