ArenaNet shared more details on Guild Wars 2's End of Dragons expansion as part of a livestream event on Tuesday, including the add-on's release date, new features, and more. If you ask me, the most exciting announcement was the new mount: the Siege Turtle (more on that later).

End of Dragons launches in February 2022, and it will have an "all-new story" that is set in the island of Cantha. This is not a totally new place in the Guild Wars universe, as it was first seen in 2006's Guild Wars Factions, but it has remained mysterious over the years.

"Canthan innovators have long sought practical applications for the material now known as 'dragonjade,' achieving solutions undreamed of elsewhere in the world thanks to this vast store of magical energy. But the dragon cycle that has sustained and blighted Tyria for ages is collapsing..." reads a line from the expansion's description.

Studio director Colin Johanson said of the expansion, "End of Dragons represents the realization of the entire development team's passion for Guild Wars 2, and our continued commitment to creating quality content for players old and new."

Erika Ishii, who voices Valkyrie in Apex Legends, is joining Guild Wars 2 in a new voice role, as are other prominent voice actors such as Noshir Dalal, Ray Chase, Rina Hoshino, Tina Huang, and Sarah Sokolovic.

New in End of Dragons is the game's first multiplayer mount, the Siege Turtle, which can hold two riders and is described as a "walking war machine." Have a look for yourself and cower in fear.

Players can also look forward to new watercraft, skiffs, while another water-themed activity comes to Guild Wars 2 in the End of Dragons expansion--fishing. Players can simply zen out and catch fish at their leisure or take part in tournaments.

End of Dragons also adds new "Elite" specializations for the game's nine professions, and these give you more ways to kit out any max-level characters you might have. You don't have to wait until 2022 to try out some of the new specializations, as ArenaNet will hold beta events in August, September, October, and November where players can get a sneak peek at the new specializations.

New legendary weapons inspired by the dragon Aurene are coming to Guild Wars 2 in the expansion, along with new and challenging Strike missions for up to 10 players. There will also be "challenge" modes for these new strikes for players looking for a serious test.

End of Dragons costs $30 and can be pre-purchased starting right now on the Guild Wars 2 website. Everyone who pre-buys the expansion gets an allotment of in-game goodies including the Flame Serpent Weapon Chest, a Shing Jea Mosaic Cape, a special Prodigy of Shing Jea character Title, a shared inventory slot, and a level 80 character boost. A $55 Deluxe Edition comes with all of that plus these items: Shing Jea Dragon Boat Skiff skin, a Canthan Raptor mount skin, an additional character slot, and an Identity Repair Kit. Finally, an $80 Ultimate Edition has everything in the standard and deluxe editions in addition to 4,000 Gems, which is the game's currency.

ArenaNet is also releasing a Aurene dragon statue for $120 plus shipping. The translucent statue is 8x10 and costs $120. Preorders run July 27-August 20. It also comes with a download code for an in-game cape featuring Aurene's logo on it. 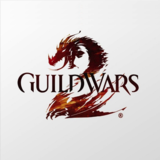