For The First Time, A Video Game Qualifies For An Oscar

A game that can play itself now counts as an animated film.

Seemingly for the first time, a video game is eligible for an Academy Award. Everything, the relaxing PS4/PC game in which you can control anything in the world, won a jury award at the 2017 Vienna Shorts Festival, qualifying it for the Oscars.

On Twitter, Everything's creator David OReilly announced the news, saying that it's "the first time this has happened to a game/interactive project." It won the Jury Prize in Animation, which makes it eligible for the Animated Short Film Oscar.

According to a statement published on VIS's website, "The Jury Prize--Animation goes to a film which, beyond being entertaining, has a strong poetic and philosophical theme. It serves a highly educational purpose, including an important political statement, that encourages to let our egos dissolve and gain a new perspective on the world."

If it sounds unusual that this game could qualify for an Oscar considering that it wasn't shown in theaters and isn't actually a film, a special rule for the Short Film category allows Everything to be eligible. Whereas feature films must be shown in theaters, an exception allows Short Films to qualify if they have won certain awards.

In addition, Everything can play itself. A special mode that you can enable makes Everything cycle through different objects and animals on its own. It lets the game act as a great screensaver, and also means that it's essentially an animated film when that mode is on.

Everything is available on PS4 and PC for $15/£12. It was released back in March, and you can read our review here. 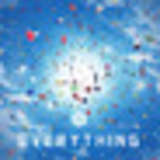