The Getaway climbs to the top of NPD's video game sales chart for the month of February, ahead of Vice City and The Sims.

The number-one position on NPD's monthly video game sales chart for February was claimed by The Getaway, which came in ahead of Vice City and The Sims. There were four new entries in the top 10 this month, one of which, Yu-Gi-Oh! Dungeon Dice Monsters for the GBA, was the only non-PS2 game on the entire chart. Other new entries in the top 10 this month included Yu-Gi-Oh! The Duelists of the Roses, Xenosaga Episode I, and .hack Part 1: Infection.

An asterisk indicates that the game did not appear on the previous month's list of best-selling video games in North America.

The list above ranks games according to retail sales. To see a list of games ranked according to GameSpot review score, visit our . 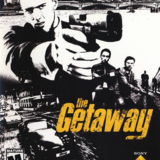