F.E.A.R. 2: Project Origin's banning in Australia in late November capped off a depressing year for game classification down under. The much-anticipated horror shooter was the fifth game to be refused entry in Australia in 2008. It seems that local gamers have been given an early Christmas present, however, because confirmation came today that an appeal has overturned the Australian Classification Board's original banning of the game.

A Warner Bros. Interactive spokesman told GameSpot AU that F.E.A.R. 2 has been reclassifed as MA15+ and is now slated to go on sale in Australia in February 2009. Warner Bros. appealed the original decision, which saw the game refused classification due to its high-impact violence, and the Australian Review Board ruled in favour of the publisher. And in even more positive news for gamers, no cuts had to be made to F.E.A.R. 2 to accommodate Australia's ratings regime, which means Australians will play the exact same version of the game as the rest of the world.

"We've always believed in the merit of the game as an MA15+ title, and we're pleased that the Review Board saw it our way," the Warner Bros. spokesman said. The appeal process involved Warner Bros. representatives performing a live game demonstration with the Review Board members, as well as taking questions from the Board. The Warner Bros. spokesman said the appeals process allowed them to better explain the "detail, context, and storyline behind the game."

F.E.A.R. 2 was initially struck back by the Classification Board due to violence, with the original Board Report stating that: "The violence is considered highly impactful in such scenes as where Michael uses his sub machine gun to explicitly bisect an enemy, the two parts of the body lying separately on the ground, with copious blood spray. There are also a number of explicit close range decapitations involving both human and mutant creatures. The decapitations are the result of close-up throat slashing from behind and close-up gunshots to the throat."

In Australia, the highest rating available for a game is MA15+, as opposed to other forms of media, such as film or DVDs, which have an R18+ classification that prohibits sales to anyone under the age of 18. Games that feature content deemed unsuitable for an MA15+ rating are refused classification and are effectively banned from sale.

F.E.A.R. 2 is not the first game this year to have its ban overturned. Both Dark Sector and Fallout 3 were initially refused classification because of violence and drug use, respectively. But unlike F.E.A.R. 2, both games had to be modified slightly in order to pass Australia's ratings regime.

For more on Australia's lack of an R18+ rating for video games, check out our Censory Overload feature. 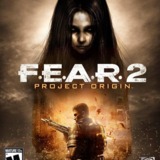