The global economic crisis isn't treating all companies equally. Ubisoft, for one, is weathering the storm quite well, posting better-than-expected third-quarter results last month and raising its full-year guidance to €1,050 million ($1.35 billion).

One title already having an impact on those goals is Far Cry 2, which soothed critics like a warm breeze blowing across the savanna on October 21. Ubisoft said today that in the three weeks since since it launched, the Africa-set open-world shooter has sold through more than 1 million units worldwide across the Xbox 360, PlayStation 3, and PC.

An ambitious open-world shooter, Far Cry 2 is a sequel of sorts to the Crytek-developed original released for PCs in 2004. With Ubisoft Montreal now at the helm, the game trades in the original's tropical locale for wide-open African plains, replete with megalomaniacal warlords, destructible environments, and dynamic weather effects. Of note, the game boasts 50 square kilometers of open, roamable environments.

For more on Far Cry 2, check out GameSpot's previous coverage. 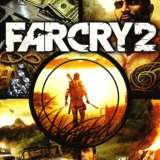