A popular team-based mode from the Star Wars MMO has found a new home.

Star Wars: Hunters will be taking one of its modes from another popular game set in a galaxy far far away, as Huttball from Star Wars: The Old Republic will be coming to Zynga's galactic game in the near future.

Huttball was a PvP mode added to SWTOR as a "Warzone" mode in 2011. The mode matched two teams of eight players against each other in a Capture The Flag-style format, only here the flag was a ball and teams needed to carry it to the opposing team's goal. Players would fight for control of the ball while also avoiding the multiple environmental traps strewn throughout the arena.

GameSpot spoke with Jeff Hickman, the head of Star Wars: Hunters' developer Natural Motion, about the addition of Huttball as well as his experience working on this new entry into the Star Wars franchise.

As Huttball was an 8-on-8 mode in The Old Republic, and Hunters thus far has shown only 4-on-4 modes, how will the new mode work in this new game? Hickman is quick to confirm that the mode will feel "familiar in an overall sense" and that those who played Huttball before will have no problem jumping in. "We’ve tested and retested the mode," Hickman explains, "and we’ve gotten a lot of feedback showing that both our core fans and those new to the sport and universe will really enjoy it, as it provides fun and evolved gameplay experience."

Hickman also states that Hunters is the perfect setting for Huttball's return thanks to the game's basic format. "Hunters is all about competition and 4x4 play," he explains. "The translation of that [format] to Huttball--where that format becomes a 'sport'--just made sense. It's a natural addition to the game that also provides us with a great opportunity to pay homage to SWTOR, while also serving as a great vehicle to bring an already beloved sport to new audiences."

Every character announced for Star Wars Hunters so far--each of them an original addition to the Star Wars universe--will be playable in this new Huttball mode. We asked how much freedom the studio had in creating these original characters, and Hickman said the team is constantly bouncing new ideas off of the teams at Lucasfilm Games. "They have been supportive of our vision," he says, "and collaboration has been key to the creation of our new characters. They are all amazing people to work with and we were able to brainstorm, refine, and make each of the characters uniquely stand out in a way that works for this game."

As for the game itself, the team also made sure that the 4v4 arena battle format that's been shown so far made sense from a lore perspective, as something that would fit into the Star Wars universe. The game is set on Vespaara, a brand-new planet located in the Outer Rim of the galaxy like Dagobah and Tattooine. A gladiator-style arena, in Hickman's opinion, fits in perfectly on a planet like those. "It makes sense that two crime lords would come together to create the Arena," he remarks, "as a place to bring gambling and money-making schemes together in the greatest prize fight the Galaxy has ever seen."

Above all, however, Natural Motion understands the gravity of working on a franchise as revered as Star Wars, with Hickman noting that the team takes the "responsibility" of working on an IP like this very seriously. "With Star Wars, having a deep understanding of the brand is critical to success," he says. "This is a franchise that’s been around since 1977; it is so beloved, and therefore respecting the brand is so important." 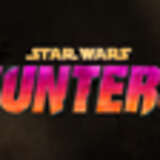