It's a crowded market for sci-fi RPG shooters right now, and the devs behind Everspace 2 have decided to delay their Steam Early Access to avoid the competition.

Indie game developers are having a tough time right now, with the postponement of GDC and other big events that, in a normal year, can provide a big boost to a game's marketing. It's even more challenging when you find out that your intended release date is close to that of big-name AAA games in the same genre, as Rockfish Games has.

An update on Everspace 2's Kickstarter has outlined the game's bad luck around timing, and given a little insight into how uncertainty around coronavirus has impacted their small studio. “It sounds like right out of a sci-fi horror movie: An aggressive virus is spreading around the globe, causing great uncertainties, severe supply chain issues and cancellations of big international events pretty much everywhere,” the studio said in the Kickstarter update.

“Unsurprisingly, all our GDC meetings with major platform holders and potential console co-publishing partners have been canceled, too. We are now setting up conference calls or meetings at upcoming events. Right now, we are prepared for everything and are hoping for the best. In short: We have to deal with a lot of uncertainties regarding business development, external game production as well as marketing and PR.“

The developer ultimately made the decision to push back the Steam Early Access release from its intended date in September to early December this year, which is not easy for a game that has to answer to almost 8000 Kickstarter backers, but a better option than competing with industry giants.

"Some AAA blockbuster titles will hit our initial Steam Early Access release date," the Kickstarter update reads. "The hotly-anticipated open-world sci-fi shooter RPG Cyberpunk 2077 was recently pushed back to September, plus the brand new sci-fi looter shooter RPG Outriders from Square Enix has just been announced to release the same month, too."

“Obviously, there is quite an overlap between those audiences and ours, so we have decided it wouldn't be wise to directly compete against two sci-fi shooter RPG juggernauts, leaving not much room for any other sci-fi shooter coming out at the same time.”

Originally slated for an April 16 release, CD Projekt Red's Cyberpunk 2077 has been pushed back to September 17, 2020.

The subsequent delay to Everspace 2's release will also impact its Alpha and Beta releases, with the closed Alpha now scheduled for the end of May, and the closed Beta for August.

Everspace 2 is a sequel to 2016 sci-fi roguelike Everspace, and promises space exploration, RPG elements and plenty of loot in its single-player adventure. The game will be available initially for PC, with console releases on PS4 and Xbox One scheduled to drop six months later. 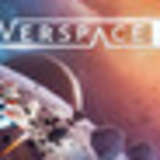