"People are going to be very protective" of remakes, EA Mythic producer says.

Electronic Arts has responded to criticisms surrounding the publisher's free-to-play remake of the Dungeon Keeper franchise, released this week for iOS and Android tablet devices. EA Mythic senior producer Jeff Skalski told Tab Times that the negative response from some fans is not entirely unexpected.

"I think any time you re-make anything that is much beloved and has a great sense of nostalgia for people--be it a game, a movie, or whatever--people are going to be very protective of it. They have fond memories of it. We, as gamers, have our own fond memories of it."

"Our intention with the mobile version was to give as many people as possible a taste of that original Dungeon Keeper experience, and for some people, that’s not the way they want to re-visit the franchise," he added.

Many of the criticisms about Dungeon Keeper have to do with its free-to-play practices, described as "aggressive" by some. However, Skalski pointed out that the game was not designed as a "pay-to-win" game, and said you can actually get every piece of content in the game without paying a penny.

Skalski emphasized that Dungeon Keeper was designed to be played while you're on the train or in the car, multiple times per day with play sessions not lasting more than a few minutes.

"We’re also seeing a lot of game downloads and in-game engagement so that tells us there is a large group of people who are playing and enjoying the game," Skalski said. "Obviously, this is counter to some of the angry reactions we’ve seen around the Internet, so we’re still trying to look at all of these data points."

Also drawing debate and controversy is Dungeon Keeper's ratings system. We have confirmed that on Android, you're not allowed to give the game less than a 5-star rating. Instead, it asks you to send a message to EA with feedback.

Dungeon Keeper doesn't block you entirely from rating the game below five stars, however, as you can rate the game whatever you want if you do so via the Google Play store. 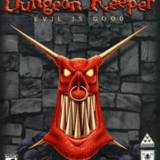 There are 226 comments about this story
Load Comments (226)