The ads were promoting the new season of The Boys--and now they're gone.

For a brief time recently, EA put advertisements into UFC 4 but they have since been removed following outcry from the playerbase.

One of the ads was for Amazon's show, The Boys, which recently returned for a second season. The ads played during replays and as part of an overlay, but they are now gone. You can see one of the ads in the video below. As you can see, the logo for The Boys was also displayed on the center of the Octagon.

In a statement sent to Eurogamer, EA said the feedback was loud and clear.

"It is abundantly clear from your feedback that integrating ads into the replay and overlay experience is not welcome," EA said. "The advertisements have been disabled by the team and we apologize for any disruption to gameplay that players may have experienced."

"We realize that this should have been communicated with players ahead of time and that's on us. We want to make sure our players have the best possible experience playing EA Sports UFC 4, so ad integration in the Replay and overlay experience will not not be reappearing in the future. Thank you for your continued feedback on EA Sports UFC 4."

In July, The Wall Street Journal reported that marketing departments at giant companies were turning their attention to ads in console games. AT&T's WarnerMedia division ran a series of ads in UFC 3 to promote their TV shows including Snowpiercer and Rick & Morty. The idea of these tests was to determine how players might react to in-game ads in a console game as opposed to a free-to-play title for mobile where this is common practice. 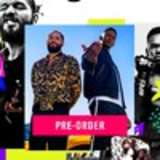