[UPDATE] This week: Final Fantasy XI will look the same in the HD era.

Source: Forums all over the place, such as this thread on Evil Avatar.

What we heard: When the lights at Monday's PlayStation 3 demo came up, the audience members picked up their jaws off the floor...and began wagging their tongues. Like a game version of the Kennedy assassination, the audience quickly split into two camps: Those who thought the demo was prerendered, making it essentially computer animation, and those who thought it was rendered in real time, which means it would be close, graphically, to actual gameplay. The fires of speculation were fueled further by the ambiguous comments of Jan-Bart Van Beek, game director of the PS3 Killzone at Guerrilla Games, to the official PlayStation UK site."It's basically a representation of the look and feel of the game we're trying to make," he said. Then a post on the Eurogamer forums laid out a tantalizing conspiracy: Axis Animation, the same Scottish computer animation company that made a cinematic for the first Killzone, had been working on the E3 demo for months as straight-up CG. So how does Sony respond to the allegations? Far from being evasive, it met them head-on. "Yes, it is real time," a rep told GameSpot.

RUMOR #2: The Xbox 360 won't be backward compatible after all.

What we heard: Microsoft carefully parsed its words about the Xbox 360's backward compatibility by saying it will be "backward-compatible with top-selling Xbox games." So when Gamesindustry.biz published an article revealing the console's radically different hardware couldn't support current-gen Xbox games, accusation perfidy in Redmond began to fly. "The solution Microsoft has reached is apparently to recompile current-gen Xbox games so that they can be played on the 360," says G'biz. "First on the list, it says, are the best-selling Halo titles." However, Xbox owners were the only ones freaking out. The usually recalcitrant Microsoft bypassed its external public relations company, telling GameSpot directly that, "Our goal is to have every Xbox game work on Xbox 360. You will NOT need to purchase a new 'version.' Your original games will work on Xbox 360."

RUMOR #3: Final Fantasy XI will not undergo any graphical enhancements before it is ported to the Xbox 360.

The official story: "Microsoft does not comment on rumors or speculation."--Microsoft spokesperson. Square Enix was unavailable for comment as of press time.

What we heard: One of the biggest selling points of Microsoft's press conference was the fact that it was publishing Final Fantasy XI for the Xbox 360. However, by itself, that "revelation" was only moderately impressive. Considering that Sony showed off Final Fantasy XII at its conference, people naturally assumed that FFXI would be graphically upgraded to fit in with Microsoft corporate vice president and chief XNA architect J Allard's self-proclaimed "HD era" of high-resolution graphics. So when G'biz wrote that no such upgrade was in the works, people were surprised. However, GameSpot's source close to Microsoft said not to worry...sort of. "Every next-gen Xbox title will be optimized for 720p and 1080i resolutions, and at least support 5.1 surround sound. You won't get that with another version of FFXI." That said, you'd think that if the $50-billion-cash-flush Microsoft was using Final Fantasy XI as its centerpiece launch MMORPG, it would likely shell out for some new textures. But if it is, why isn't Microsoft talking about it? [UPDATE] However, once the dust settled from the chaos of E3, American Square Enix reps finally got back to GameSpot--and confirmed that no plans are afoot to revamp FFXI's graphics. "We want users to access the same content no matter where they are accessing from," said a rep in a brief statement.

Bogus or not bogus?: Now confirmed as not bogus. 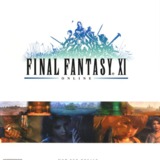