"We are one team during the course of this game." 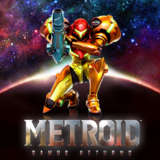 The biggest surprise to come from Nintendo's E3 showing was Metroid: Samus Returns, the first proper Metroid game in seven years--and the first side-scrolling installment since 2004. Described as a reimagining of the Game Boy installment Metroid II, Samus Returns sees the bounty hunter travel to the Metroid homeworld of planet SR-388 to exterminate the alien species.

We got to go hands-on with the game in a behind-closed-doors demo. We also got a chance to speak with Metroid producer Yoshio Sakamoto through an interpreter as well as MercurySteam's Jose Luis Márquez about the project's inception, new features, and more.

GameSpot: How long has Metroid: Samus Returns been in development?

Did Nintendo seek MercurySteam out for this project or was it the other way around?

There was a very fateful meeting, so we'll tell you that to start off with.

I just wanted to start out by saying I've been wanting to make a 2D Metroid game with today's technology for quite a long time. It wasn't only my personal desire, but also because I know there are a lot of people out there in the world who have been clamoring for a 2D Metroid game.

For myself, I've been wanting to revisit that fundamental, basic, core essence of Metroid, that 2D gameplay, and I was considering ways to go about taking on that challenge. That was more than two years ago.

Then I heard of MercurySteam and they were looking to take on the challenge of remaking a Metroid game. It wasn't Metroid II, but again I'd heard about this desire from the MercurySteam team.

I knew MercurySteam from their development work on Castelvania. I thought, "We've got to meet with these guys," and so we flew out to Spain [where MercurySteam is located]. Over the course of that meeting, obviously we had a great time. It seemed like, wow, there's a lot of potential here, and basically that's really how it got started.

Jose Luis Márquez: Like Sakamoto-san said, we approached Nintendo to make a remake of a classic game. We are also a fan of the series, so we were happy to know that they wanted to collaborate with us.

Was this project always specifically going to be a remake of an older title? Were there ever ideas for a new game?

First of all, you know, we have heard from them that they were interested in doing a remake of a classic Nintendo title. And personally, for myself, I didn't work on Metroid II. Of course it's a great game on its own, but it's a bit different than the Metroid titles that I've been involved with and I just saw that there's a potential within that title for me to take a look at it as well.

As you know, within Metroid II there's the really vital portion of the story that's very important to the entire Metroid storyline and that's Samus's first encounter with the baby Metroid.

So we had this sort of amalgamation or this sum total of all these different parts, the idea that I wanted to go back and work on 2D Metroid, I wanted to revisit a title that wasn't really a remake for me because I wasn't involved in the first one so there's this great source of inspiration in a Metroid game that I wasn't involved with but I could go back and take a look at and really explore that 2D, that fundamental gameplay, and then on top of that I had this amazing new partner to work with, so it all just sort of piled up together and became this project.

How challenging has it been to revisit that game? It's fairly old by today's standards, and there are a lot of features that have been added into later Metroids that weren't available in that title. Has a lot of it been redesigned around the more modern features?

As you said, of course, there's a lot of new elements that we felt that we needed to add, things that were core to Metroid gameplay, so that would be some of these new abilities that we're looking at.

In addition to that, not only are there things that you would normally expect, again like new abilities, but we wanted to add something that was above and beyond that.

Does MercurySteam have a lot of creative input, or is there oversight from Nintendo as far as what can be added to the game and the direction it takes?

One thing I think it's really important to focus on, and I'd like to strongly reinforce that idea, we are one team during the course of this game. It's us working together.

It wasn't a case of, "hey, you take care of this and we'll take care of that." It was, you know, we're throwing all our ideas on the table and we're asking you to do the same and they brought forth all of their creative energies and we melded that all together.

Most of the new abilities that you're seeing in the game are things that came, they were inspired by the ideas and suggestions that came from Mercury Steam.

Márquez: It's like Sakamoto-san said, we were a single team so the ideas were coming back and forth between both companies, so we finally say we did it together.

What was the reason you went with polygonal visuals for this game as opposed to the traditional pixel style of older 2D Metroids?

For myself, my answer would be, of course, we wanted to incorporate a lot of varied animation. We wanted to make it look as good as we could and we thought really the polygonal art style was much more suited toward what we wanted to be the look of the game.

I think another merit of using polygons was that, because the games in 3D, we wanted to be able to look at things from a variety of different angles and we wanted to create what we think are these very dramatic and cool cut scenes.

Along with the new Aeion abilities, are there going to be a lot of other new features on top of the traditional Metroid arsenal that you can normally expect?

I think what you're seeing is an incorporation of familiar elements from throughout the Metroid series, so you know, you're incorporating things from the original through other games thought the series until we hit now, and now we're adding, of course, the Aeion abilities, the melee counter, so it's a compilation of maybe all that's best.

The melee ability's obviously new for 2D Metroid, but it reminded me a lot of Metroid: Other M and how that was more combat-oriented. Was it directly inspired by that game?

Márquez: In our previous title Mirror of Fate we introduced these mechanics to parry enemy attacks at the same time you are going to be attacked. We thought that this could work quite well in this game, so we tried and it worked really well and it led to the feeling of exhilaration when you fight enemies.

Were you ever kicking around ideas for a 2D Metroid game for DS before this project?

I always thought that the use of the two screens, one for gameplay and one for sort of a submenu or map screen was a really special feature of both the DS and the 3DS.

By the time we were ready to start development on this project, the 3DS was the platform, so it came out originally intended for the 3DS. Not just because of the timing, but we also were like, wow, this 3D feature is something we really want to use.

There's something else the DS couldn't do, the incorporation of an analog stick allowed us to incorporate the free aim mechanic.

Do you think we'll ever see a 2D Metroid on Switch?

We are always, always thinking about ways that we can excite the fans of the series and come up with stuff that they will want to see and play, and we love that challenge, but there's nothing we can discuss in terms of Switch at this point. Yeah, we'll discuss it. (laughs)

Are there any games being shown here at E3 that you are really interested in checking out?

To be perfectly honest, we've been so focused on getting our stuff in line and ready for this show that outside of what Nintendo is showing, I have no idea. I have no idea. (laughs)

Márquez: Same for me, I have been walking around but I have not been able to play anything new. There are so many interviews.

What would you like to say for the people who've been really looking forward to a new 2D Metroid for so long?

Thank you for waiting. (laughs)

I have a lot of confidence in saying that we've come out with something that will go above and beyond their expectations, so we really hope that they will look forward to getting their hands on this title.

There's a little bit more time for us to work on this before it's ready to launch, but again, we hope that people wait patiently for it. We really want people to be surprised by like, wow, look what Nintendo and MercurySteam have done with this collaboration.

Márquez: Of course, we are also looking forward to knowing what people think of our game. We put all of our heart and all of our passion for this game to be great and to make all the fans really proud for years to come.

The Electronic Entertainment Expo returns on June 10. Watch press conferences and tune in for the GameSpot stage shows!
Back To Top
Load Comments (20)

Review Roundup For Age Of Empires 4

Ubisoft Emails You If You Don't Play Far Cry 6 Enough

N64 Games For Nintendo Switch Online Have Some Issues

Best Nintendo Switch Horror Games To Play Ahead Of Halloween

Review Roundup For Marvel's Guardians Of The Galaxy