The hit mobile game Threes will make the transition to Xbox One, marking the first time it's been released on consoles.

During Microsoft's pre-E3 show this morning, Threes designer Asher Vollmer revealed the hit puzzle game is coming to Xbox One. If that weren't exciting enough--Threes is a personal favorite of mine and one of the most highly acclaimed games released so far this year--he also mentioned the prospect of playing the game in Snap mode while watching something on Netflix.

It's possible he was referring to playing Threes itself in Snap mode; to date, no game has been allowed to do this. Instead, games themselves have to take up the center of the screen while other apps (like Netflix, Hulu, and so on) can be snapped to the right side of the screen. Threes, as a game with no timer and something that doesn't demand a lot of screen real estate, could actually work well in Snap mode.

Threes was originally released in February on iOS before being ported to Android in March. A release date for the Xbox One version was not announced. 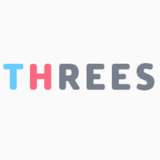