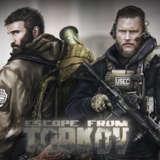 Games like Arma 3 and Rust have mechanics and systems, such as combat and survival, that some would consider "hardcore." However, the PC-exclusive shooter Escape From Tarkov seems to take it to a whole other level--and it remains to be seen if that's a good thing.

GameSpot got an opportunity to talk to Battlestate Games' project lead and COO Nikita Buyanov about the survival-based shooter and what makes it so "hardcore." We learned that it's quite the step above Call of Duty and that "Escape From Tarkov is not the right game for fun in the classic meaning of the word."

Buyanov also talked to us about the game's realistic mechanics and systems, in which you'll have to keep your weapons and gear in top form. It's not only about the number of bullets you have; it's also about the quality of those bullets.

We understand that you've positioned Escape From Tarkov as a pretty "hardcore" game. Is it too hardcore for people who are more into Call of Duty or is the barrier of entry low enough for more casual shooter fans to jump over?

Buyanov: Well, the entry level is pretty high, as we initially intended--and still stand by this decision to make our game for a hardcore, next to simulator audience. Therefore, casual Call-of-Duty-on-easy-after-work players will probably feel uncomfortable. However, we do understand the reasons behind the modern tendencies and will make the game interesting for everyone, even those unfamiliar with tactical action games.

What type of threats do players have to worry about?

Buyanov: At the moment there are only humans. We had ideas of our own and suggestions about adding some feral dogs and maybe wildlife, but they will come later, probably as part of DLCs. And since we touched upon this topic, I have to add that DLCs will not only expand the game world but also progress the story in time--and add new content like dogs or other animals. But one thing is certain: there will be no monsters, anomalies, or any fantasy stuff like that.

With the game's weapons, are there any considerations aside from ammo?

Most naturally, they have durability and have to be kept in order--even knives must be sharpened when necessary, and even ammo has to be considered not only by quantity but quality as well. Lots of factors apply here.

Are you able to customize your weapons with options like the more over-the-top ones that Call of Duty offers?

No. All weapons, gear, custom parts and attachments are those existing in reality; moreover, there are no prototypes. Only things duly tried by service, either military or private.

But there are customization options. How do players unlock them? Are microtransactions involved at all?

Find it, loot it, trade it, and buy it at trader shops with in-game money only. No unlocking, just obtaining.

In addition to customization, Tarkov has character progession like an MMO. Can you explain how this works?

Characters will gain experience for every action they perform, categorized into four groups--combat, exploration, looting, and treatment. Depending on how players perform in the raid overall, they will receive experience multipliers and, based on experience, level-ups. Each level-up will grant an extra skill point in addition to the regular skill upgrade, which is repetition-based. The more the action is repeated, the better the player gets at it.

So what happens if two players are at vastly different levels but want to play together?

Quite simple. They can play each on their own level of progress, a more advanced friend can return to an already unlocked raid to help, or the less advanced player can be invited to join a raid that is not yet unlocked for him. Any combination is possible.

Are there any systems in place to encourage players to cooperate, or are players free to kill anyone they see without consequence?

Our raids primarily focus on story, and in some raids, the story requires players to unite their efforts to withstand the onslaught of Scavs. In such cases, killing other players is discouraged by location prerequisites. Failing to comply will affect the character's reputation, standing with traders, attitude of other players, and increase the chance of random bad stuff happening--falling ill or having a thin looting streak. Moreover, the most stubborn offenders have a chance of getting a bounty on their head, with all ensuing consequences. We also have the idea of adding ways of cleaning the reputation. For instance, by fighting for their own freedom in the Arena.

So how are you going to deal with players whose only goal is to ruin other players' experience?

Like we do in real life. Positive or negative, it is still experience. And, like I said earlier, Escape From Tarkov is not the right game for fun in the classic meaning of the word, but instead, it's a hard fun of achieving results by overcoming circumstances, against all odds, after countless tries. Our task here is to ensure we don't accidentally give abusive players advantage through flawed balance--but no more than that. The rest is up to players themselves.

You've talked about Escape From Tarkov's story. Why would players keep playing after finishing the story mode?

Needless to say, the game will be far from over with the story mode only, and escaping from Tarkov is not necessarily the end of it--you are free to return as many times as you like. Every location in Tarkov will be heavily packed with quests to complete, riddles to solve, secrets to discover, and items to collect. Training hard to be the best is another motivation--experienced players can hone their natural skills to perfection and become filthy-rich merchants or legendary detectives. Most good games nowadays have more than one story to tell and plenty of things to do afterwards.

Are there any plans to bring Escape From Tarkov to virtual reality?

We have experimented with VR, and we are not yet ready to discuss the perspective of full support. We love the idea of Escape From Tarkov in a VR environment.

Lastly, something that's important to many people is the ability to choose to play as either a man or a woman. Why aren't female characters planned for Tarkov?

Our goal is to recreate, with as much attention to detail as possible, an authentic PMC field operator experience. There are not many women in this field in real life. Given this, we decided to forgo producing additional assets.