Developer Klei Entertainment is bringing the Reign of Giants expansion and all extra content to the Vita, as well.

Klei Entertainment has just announced that its roguelike adventure game Don't Starve is coming to the PlayStation Vita. Entitled Don't Starve: Giant Edition, it will include the base game, all of the content added via updates, and the Reign of Giants expansion.

Klei community manager Corey Rollins writes on the PlayStation Blog, "Since we first released Don't Starve: Console Edition on PS4, a lot of people said they'd love to play it on the go with their Vita. Well, we agree!"

The game has no confirmed release date yet. "We'll have more details in the coming months, but we wanted to confirm it's happening," Rollins explains.

In addition, Klei is working on bringing the Reign of Giants Expansion to the PlayStation 4. The developer says that it is in the final stages of production for the DLC.

GameSpot thought that Don't Starve was a good, if repetitive, game when it originally came out on the PC and, later, the PS4. 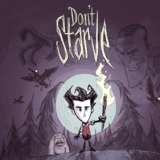