Does MGSV's Snake Still Have What It Takes?

Kojima Productions presented the first live demo of Ground Zeroes at its new studio in Los Angeles yesterday, and despite the fact that most of the content was recycled from previous presentations, a few critical gameplay components made their debut: traversal, stealth, and combat. Metal Gear Solid V continues many of the trends set by previous games in the series, but a few subtle tweaks lend a modern coat of pain to the series that has barely changed since Metal Gear Solid debuted in 1998. 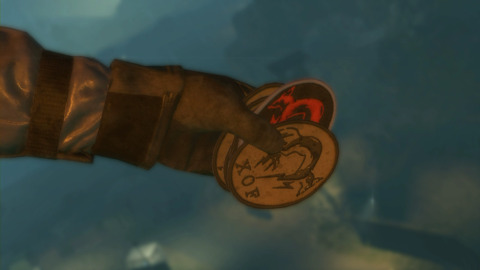 First and foremost, Ground Zeroes is the prologue to the Phantom Pain, the primary component of Metal Gear Solid V. It has been designed as a tutorial to ease you into the current iteration on the Metal Gear formula, and it seems that the hereto seen military base will make up the entirety of the Ground Zeroes experience. The mission within the latest demo won't be in the final game, but it gave the developers a chance to present a variety of scenarios. Here, a lone red FOX badge is dropped from a helicopter, and it's up to Snake to find it and escape unharmed.

Snake has proved that he can sneak through environments undetected, but in Metal Gear Solid V, his options have expanded. When moving on foot, he can now scale new obstacles, including ladders, fences, and small buildings, but he's also capable of wrenching enemies from their posts while standing on a ladder, tossing them to the ground below. He can also hijack vehicles, but that comes with considerable risk. Cars are loud and will alert the enemy to your presence, and in the heat of a firefight, sustaining damage to your vehicle, such as a flat tire, won't make your life any easier. 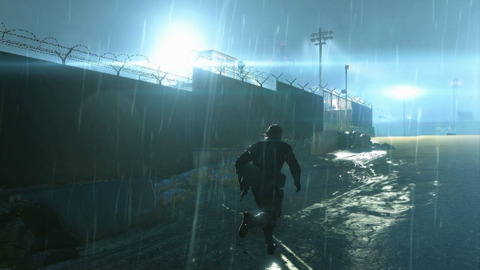 Jeep Wranglers aside, Snake will ultimately spend most of his time sneaking around on foot. Many of the same tricks of the past still apply, but should enemies take notice of Snake, he has a chance to prevent them from triggering a full-blown alert. When Snake is in view of enemies, a faint white glow appears in their direction. Then, everything slows down. Here, the game enters a bullet-time-like mode, and if Snake can take out the alerted enemy quick enough, be it with his fists or his firearm, he'll prevent a base-wide alert.

Kiss the Soliton Radar, Solid Eye, and motion sensors goodbye. In Metal Gear Solid V, Snake uses a connected projection-based tablet-like device to track enemies and the environment. Now, enemies must be tagged before Snake can track their positions. The process itself is pretty straightforward: spot enemies through your binoculars and "mark" them. Once they're marked, an icon above their heads identifies tagged enemies. Snake can also tag locations and objectives on his map to locate them via onscreen icons during gameplay. So enemy locations are no longer magically provided to you, and you instead have to work hard for an advantage on the battlefield. 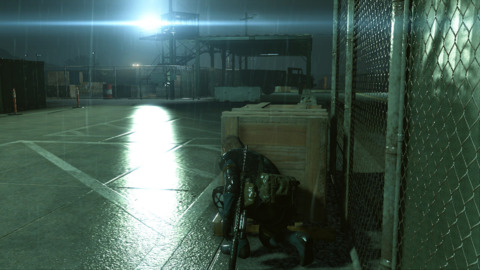 When the going gets tough, Snake gets tougher. Where he would have been content to knock out enemies and run past them in the past, he has a few more options in Metal Gear Solid V that can tip the scales in his favor moving forward. If Snake manages to land a few blows and bring an enemy in close, he can hold a knife to his enemy's throat and interrogate him for information--with multiple lines of questioning, no less. You may not always get the information you want, nor do you have to let the enemy keep his life, but the system adds a new layer of depth to combat and mission strategy unlike anything seen in series before. Plus, you can now steal an enemy's weapon if you're running short on firepower.

In line with the new open-world nature of Metal Gear Solid V, the moment-to-moment gameplay features new options and challenges for Snake to overcome. Of course, this is expected of any sequel, but for a series as consistent as Metal Gear, it's good to see that these additions meaningfully extend the experience without standing in the face of expectations. 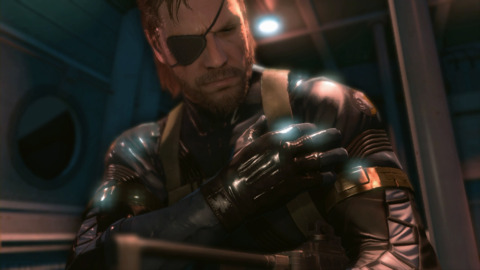 Of course, there's always more to discuss when it comes to a new Metal Gear. For more coverage of Metal Gear Solid V, stay tuned later today for a look at the impact the open-world design has on the narrative.

There are 598 comments about this story
Load Comments (598)