Disney cancels Star Wars: Attack Squadrons before it even gets out of beta

Developer ends development on free-to-play browser game so it can focus on "other Star Wars game experiences."

A message posted on the game's website informs players of the shutdown. "We want to thank all of the fans who participated in the closed beta of Star Wars: Attack Squadrons," Disney said. "After much consideration, we have decided to cease development so that we can focus on other Star Wars game experiences. We truly appreciate the time you spent engaging in the beta."

Star Wars: Attack Squadrons was going to allow you to pilot classic Star Wars ships such as the X-Wing or TIE Interceptor. Ship customization and multiplayer battles were also planned. The game's dogfighting mode was going to support up to 16 players and even take place in "iconic Star Wars locations."

First-time developer Area 52 Games was behind Star Wars: Attack Squadrons. It's unclear what impact the game's cancellation had or will have on the studio.

Disney and Lucasfilm announced in April that going forward, "all aspects of Star Wars storytelling moving forward will be connected." As part of this announcement, Lucasfilm confirmed that all future game releases will also be canonical. 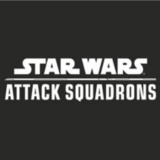