Descenders, a downhill mountain biking game that left early access on Steam and Xbox One back in May, has done well for itself on Xbox One - and according to Mike Rose, founder of publisher No More Robots, it's the game's visibility on Game Pass that has led to high sales.

Descenders was part of the May 2019 lineup for Xbox Game Pass, alongside games like Wolfenstein 2: The New Colossus, Tacoma, and The Surge. Its addition to Game Pass happened at the same time the game left Early Access, adding multiplayer in its 1.0 update.

Conventional wisdom would suggest that a game released on Game Pass - which is available to anyone with a subscription at no additional charge - might struggle to sell, as players are less likely to pay for something they are aware they could be getting as part of an affordable monthly subscription. But to Rose's surprise, this has not been the case for Descenders.

Talking to gameindustry.biz, Rose revealed that, despite some initial skepticism at the idea of putting Descenders on Game Pass, it's actually led to higher sales because Game Pass has made the game far more visible to potential customers.

During their launch month, No More Robots saw Xbox sales of Descenders "quadruple" compared to their Early Access sales, despite not running any discounts. Apparently they've now "settled to about three times as much as before." Rose says that Game Pass is "essentially an advert", and ensures that the game is made visible across the Xbox dashboard.

Still, although Game Pass has worked out very well for the team in this instance, Rose remains somewhat skeptical about the future prospects of the service: "You'd imagine the numbers will go down, which makes it less worth it to people, but then at that point everyone's on it, so you have to be on it." 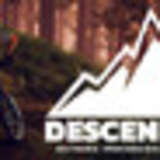