Del Toro's Insane to be a trilogy

Filmmaker's video game project with THQ and Volition to be a three-part franchise; first due out in 2013.

At the 2010 Video Game Awards on Saturday, Pan's Labyrinth and Hellboy director Guillermo Del Toro officially popped open the lid on inSane, his video game project with THQ and Red Faction developer Volition. Now, new details on the project have crept out.

Today THQ announced that Insane would not be one game, but three. The first entry in the trilogy is due out in 2013, with the ensuing two following at to-be-determined dates in the future. A brief trailer (embedded below) was shown this weekend at the awards show, but concrete details remain scant surrounding the title. Del Toro did, however, offer a teasing statement as to what fans can expect from Insane.

"With this new series of video games, I want to take players to a place they have never seen before, where every single action makes them question their own senses of morality and reality," he said.

Del Toro will serve as creative director on the project--rumored to be a Lovecraftian action role-playing game--and will work alongside THQ and Volition through the game's development. Further, Del Toro will also be part of the team responsible for transmedia properties surrounding Insane.

The rights to Insane's three titles will be held by THQ, and Del Toro will own the rights to "any filmed entertainment products." Specific release platforms for Insane have not been expressly noted yet. However, the game's website displays logos for the PC, Xbox 360, PlayStation 3, Xbox Live, PlayStation Network, and Del Toro's Double Dare You animation studio. 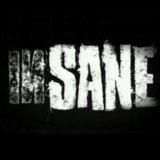