Dead Space Developer Wants to Return to the Series

Developer Visceral Games is currently getting ready to launch Battlefield Hardline, but the developer has stated that it wants to one day return to the series that put it on the map in the first place, Dead Space.

"Many, many people here at Visceral have a warm spot in their heart for Dead Space, and right now we're busy with Hardline and...other things… but it's definitely something we'd love to look at again," Visceral Games General Manager Steve Papoutsis told GamesTM. "There's definitely a lot of interest internally for us to pick that up again at a future date."

Publisher Electronic Arts has remained relatively quiet about the future of the Dead Space series following the release of Dead Space 3. In 2013, EA said that the game did not meet its sales expectations, despite topping sales charts. EA CFO Blake Jorgensen said at the time that sales of the game "came in below our forecast."

Last year, EA announced that Uncharted creative director Amy Hennig joined Visceral Games to work on a new Star Wars game, so it's likely we won't see a new Dead Space for quite a while.

Glen Schofield and Michael Condrey, who formed Visceral in 2009, have since moved on to co-found Sledgehammer Games, which developed Call of Duty: Advanced Warfare.

Battlefield Hardline will launch on PC, PS3, PS4, Xbox 360, and Xbox One. Those who want to play the title on Xbox One can pre-load the game now. 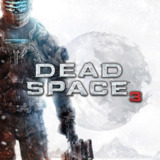