EA's promised work on investing in new IP has been both a blessing and a curse for the company, with titles such as Mirror's Edge and Dead Space being released to critical acclaim yet doing little to improve the publisher's disappointing sales. 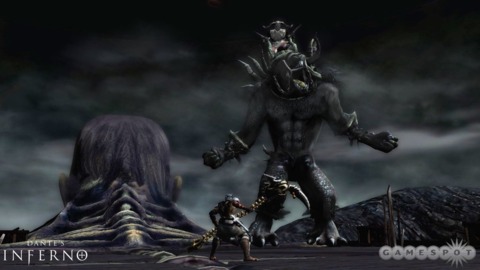 At an event today in London, EA's investment into new IP continues as the publisher has announced that the Xbox 360 and PlayStation 3 third-person action adventure game Dante's Inferno will also be coming to the PSP. The game is based on the poem The Divine Comedy by Dante Alighieri and will see players navigate through the nine circles of hell (limbo, lust, gluttony, greed, wrath, heresy, violence, fraud, and treachery) as they try to rescue their beloved Beatrice.

The game is under development at EA Redwood Shores, where the PS3 and 360 versions are also in the works. Previous titles to emerge from the Redwood Shores facility include last year's Dead Space and the recent Godfather II. EA has also brought in Artificial Mind and Motion, which has some substantial experience in the handheld space, having worked on several DS games, including The Lord of the Rings: Conquest and Spider-Man: Friend or Foe.

EA has promised PSP owners that they "can expect to get the same level of fast, responsive gameplay through all nine detailed and unique circles of hell we are aiming to achieve on the consoles." Though no firm release date has been given, the title has been in the works for three months and is set for release alongside its console counterparts in the first quarter of 2010.

Check out GameSpot's latest hands-on for more on Dante's Inferno.