Xbox Game Pass is one of the best game subscription services out there, and Black Friday and Cyber Monday 2020 are great times to stock up for cheap.

Black Friday and Cyber Monday are always the best times of year for finding gaming deals--if you're looking to save some money before the holidays, it's a cornucopia of discounts you don't want to miss out on. If you own an Xbox Series X/S or Xbox One, one of last year's best Black Friday deals has returned. Xbox Game Pass Ultimate is getting huge discounts during Black Friday and Cyber Monday at several different retailers, bringing three-month memberships down from $45 to the low $20 range.

The service gets users access to the entire Xbox Game Pass library across console and PC in addition to EA Access, Xbox Live Gold, and more. If you take advantage of the deal at a few different retailers, you can be set for months--likely until there is another sale on Xbox Game Pass Ultimate.

Xbox Game Pass Ultimate is the best purchase you can make if you're an Xbox gamer, thanks to the large number of games you have access to every month. It's especially great for those with the new Xbox Series X or S consoles, as there are a lot of next-gen games included. All Microsoft-published games are released on launch day through the service, as well, and you have access to them across Xbox One, Series X/S, and PC.

Most recently, Microsoft has also been teasing a new game addition. It just might be one of the most celebrated games of 2019, if the hints are any indication.

If you're a new subscriber, you'll want to snag your first month of Xbox Game Pass Ultimate for $1 first, then stack on extra months with the discounted memberships during Black Friday and Cyber Monday. The smart thing to do is stack several of them to avoid every having to pay full price when your subscription expires.

If you're looking for more great Xbox deals, check out Black Friday's best Xbox Series X and Xbox One game deals as we head into Cyber Monday. You can expect some incredible discounts on brand-new games, including Watch Dogs: Legion and Gears Tactics for half-off. And if you're still looking to buy the Xbox Series X and S, we're tracking availability. The next-gen consoles have been getting restocked lately, including at GameStop and Best Buy. 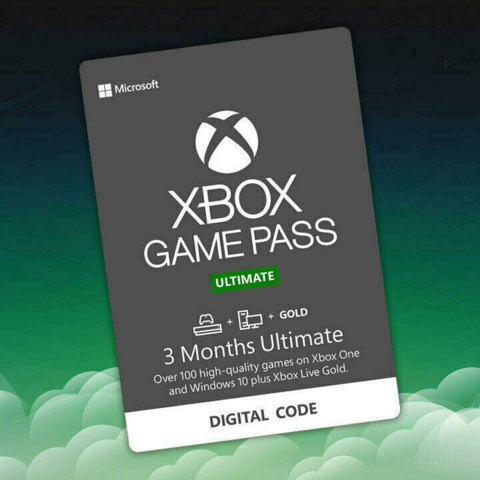 Target has the best deal for Xbox Game Pass Ultimate this year, offering the service for only $20. Target's deal is live now.