NOTE: For info and tactics for the base game, check the 2010 Civilization 5 Primer

Nine new Civilizations appear in the Gods and Kings expansion. You'll want to be familiar with their powers, units and buildings to achieve victory or combat against them. In addition, some of the new gameplay changes have changed the powers of already established nations. 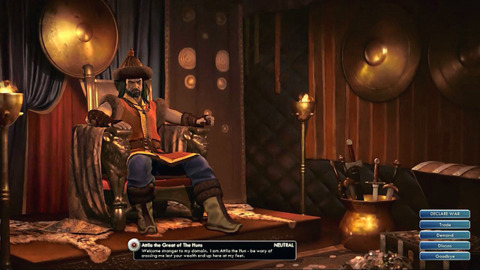 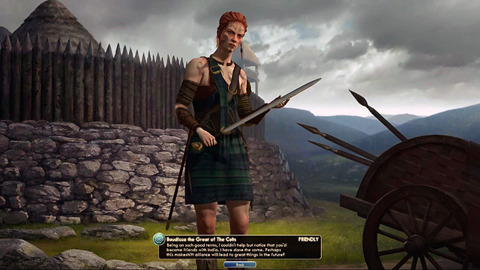 William of Orange - The Netherlands

Religion is a new system that can enhance your Civilization with benefits, or be used to hamper the competition. While there is no Religious victory, a properly designed religion can be used to bolster science, culture, relations with city states, or the power of your army. Religions are founded and enhanced via a new resource called Faith. New nations such as The Maya, The Celts, and Byzantium have abilities or buildings that are well suited for building Faith. For other nations, buildings such as Temples and Shrines will help you build Faith.

After gaining a set amount of Faith your Civ will be able to establish a Pantheon that gives cities a single bonus. This Pantheon will also be the basis for your future Religion. Try and pick a Pantheon that matches both your Civ and planned Victory. Such examples include picking Messenger of the Gods if you are playing as China and want a Science Victory, or choosing Ancestor Worship while playing the Aztecs for a Cultural Victory. 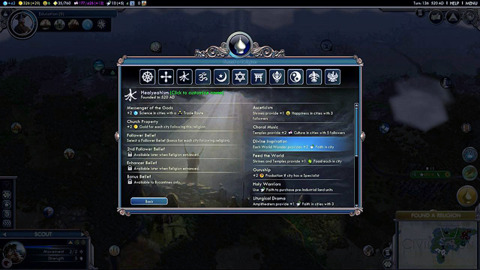 Upon gaining a second boon of Faith a Great Person known as a Great Prophet will be born. Move him to the city where you wish to establish your new order and the found Religion screen will pop up. You will need to pick a Founder Belief--bonuses that effect you (or the Civ that founded the Religion)--and Follower Beliefs that can be enjoyed by any city that follows your faith.

It's best to pick beliefs that complement each other and also align with your planned victory. For example, if you are seeking a Cultural Victory try coupling together World Church and Choral Music. Keep in mind that Happiness and Food are normally at a surplus, so basing a Religion around those can be a tad foolish. Once a second Great Prophet is born he can strengthen the Religion by adding a second Follow Belief and an Enhancer Belief. These Enhancers can include spreading your Religion faster or bonuses to combat, making them great for those seeking Domination Victories.

Keep in mind that only so many Religion can be formed (this can be set in the options before creating a game; the amount is based on map size and amount of Civs). If your Faith is too low you may miss out on establishing a Religion and can be at somewhat of a disadvantage. 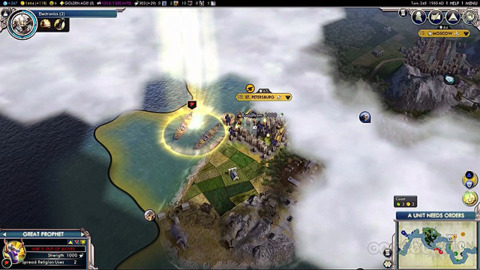 Now for the most important step of your Religion: Spreading it to other cities and defending against other Religions. Religion on its own can spread to nearby cities, but to really increase global followers you will need to deploy messengers of god. As you build up Faith you can purchase more Great Prophets and also Missionaries that can spread Religion by moving next to a city and using their abilities. Great Prophets can do this four times, while Missionaries can only do it twice. These units can freely move through borders and can use their skills while embarked. This can also make them somewhat of a low end scout to watch over other Civs or spy on City States.

Another unit type that can be bought with Faith are Inquisitors that will purge rival religions from a city, or if garrisoned help defend against Missionaries. Keep in mind that some City States and Civs without Religion will welcome your new type of Faith. However, spreading Religion to nations of other home Religions can easily hinder diplomacy, especially if you tell those Civs that you will stop spreading your Religion but continue anyway.

Inquisitors are the only means of combating Missionaries in times of peace (Or directly surrounding all of your cities with units). On the other hand you can also outright kill or capture the religious units by going to war. This might not always be worth the trouble, as other Civs of the world may see you as a warmonger for taking innocent faith workers. 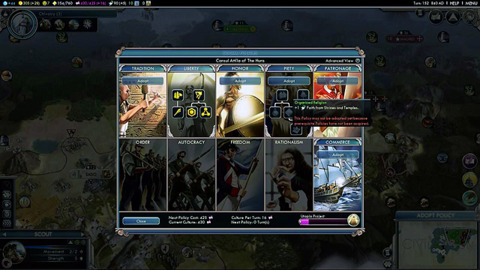 As you enter later technology eras Faith and Religion will start to wane, but don't neglect it entirely. Civs and City States that follow your Religion are more inclined to work with you, though that still won't override political alliances. Sidon and Lhasa might follow your brand of Hinduism, but don't be shocked if they attack you once Greece has some beef with you.

Espionage is the second new system within the Gods and Kings expansion. When any Civ in the game enters the Renaissance era, all nations will gain a single spy (England also gets an extra spy). As a nation enters new technology eras they will gain more spies. A spy will also be awarded to the Civ that builds the National Intelligence Agency Wonder. 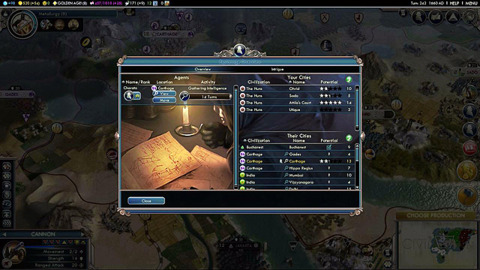 A spy can be moved to other nations to steal technology and gather intrigue. You are more likely to gain technology and intrigue in cities with higher populations. Stealing technology will only work if the current Civ you've targeted is more advanced along the technology tree. Intrigue on the other hand can give you information about who that Civ is about to go to declare war on or who they are plotting against. You can then share this knowledge with the third party and advance diplomatic relations. 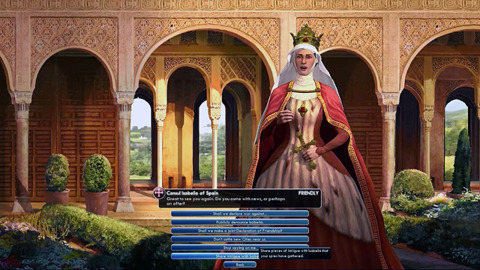 There is also counter intelligence: by placing spies in your own cities they can defend against theft, identify who is spying on your or even kill of enemy spies. Dead spies will be replaced by fresh new spies after a set amount of turns. Discovering spies in your cities (or being caught by an enemy) can lead to national incidents, such as weakened relations or outright war. You can however choose to forgive the nation that wronged you, or request nations stop their operations within your territory. Some Civs will adhere to your wishes, while others may become hostile. 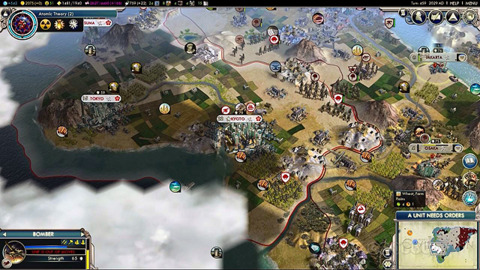 As a spy completes any of these above missions they will be awarded experience and possible level ups. A higher rank spy will be able to complete missions faster and at a greater success rate. For the most part send high level spies to complete dangerous tasks such as coups and let newbie spies gather intrigue on lesser Civs.

The technology tree has had a massive overhaul, including new units and builds, changed prerequisite orders, new tech and even removed tech. This also including a change to the Modern and Future eras to form thee eras: Modern, Atomic, and Information. 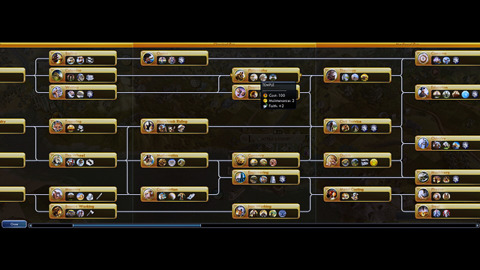 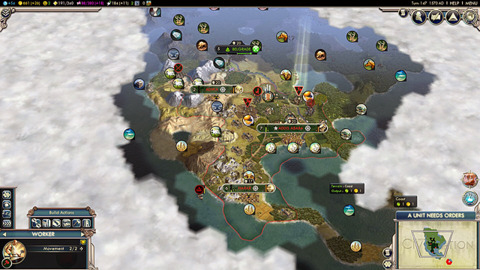 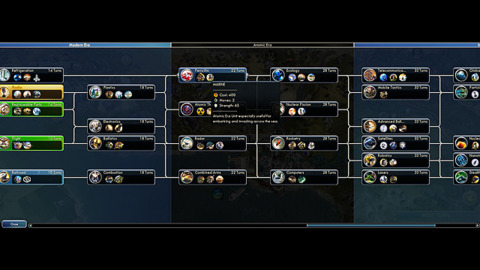 Gods and Heroes contains new units and buildings to help you wage war, protect your boarders and help improve your nation. 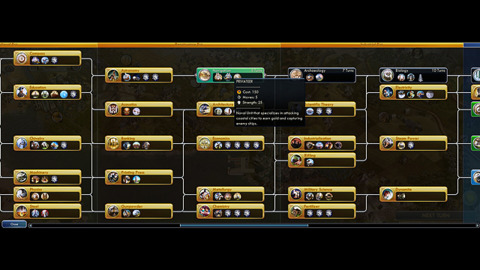 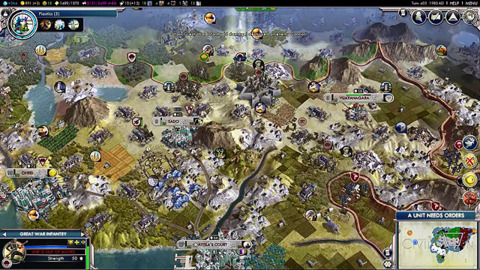 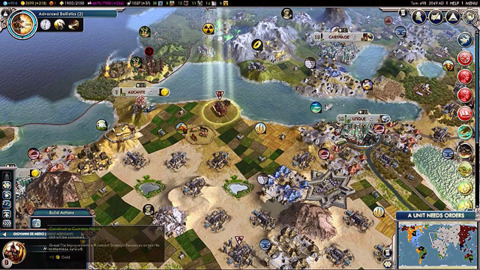 Gods and Kings has new combat mechanics designed to make fights longer and more strategic. All combat units now have 100 HP instead of the small amount of 10. This makes it important for troops to travel and explore in small groups or they can easily find themselves overwhelmed by hearty enemy forces. It is recommended that a melee unit travel with a second melee unit or ranged fighter to help stay well guarded, mainly if there is a high chance of war.

Healing per turn and instant heal promotion are also not nearly as powerful; the former heals for a mere 10 HP outside friendly borders and the latter for 50. Because a unit can no longer bunker down and turtle as well as before it is typically a good idea to retreat and regroup when pitted against overwhelming odds. 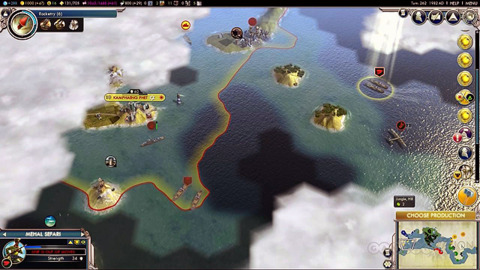 Cities are also stronger both defensively and offensively. Each city has 200 HPs, a defense score, and bombardment attacks deal heavy damage to most units. With these bonuses it is very easy to defend your own lands with the aid of only a few units, namely those garrisoned within the city itself. On the flip side, taking over enemy cities will require plenty of siege units (and later bombers) to effectively pierce through the walls. 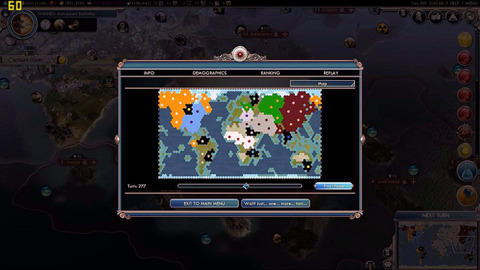 Another major change is to naval combat. All embarked units can defend themselves, preventing them from being as easily destroyed. The embarked unit can also stack with true naval units to create powerful combinations. There is also a new Great Person: The great Admiral which provides a 15% combat bonus to nearby ships, or can be consumed to heal friendly naval units surrounding his hex. 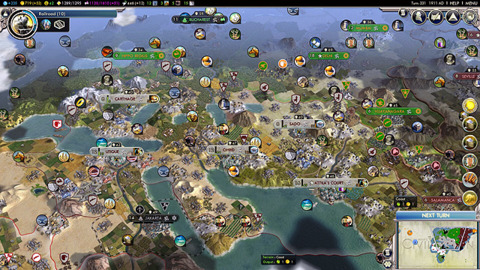 Finally, melee naval units can now directly attack and capture cities. Because of these changes, no costal city is safe any more. You'll want to create navies to defend your waters as well as harass enemy territory. By taking over costal cities and city-states you will be able to gain a much stronger foothold on a continent compared to sending in a rogue settler.

City-States play an even bigger role in Gods and Kings. There are even more quests that each City-State will give to the world, allowing you to rack up favor with them quickly. You'll need this quick amount of influence repeatedly as influence now drops more rapidly. The new systems of Religion and Espionage are great ways of maintaining allied status with City-States, but always be ready to rely on the hold method of paying the nation off.

For the Religion focused player there is also a new Religious City-Stay that will provide bonus Faith upon reaching friendly status. 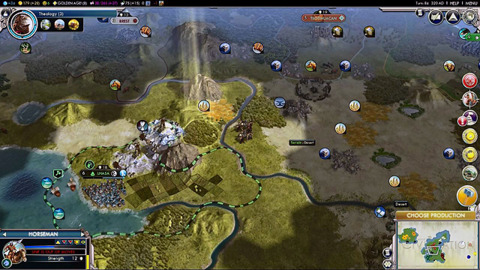 Diplomacy with other empires has also been improved. First off embassies can be established after researching writing. Not only will these enhance relations, but an embassy is needed to conduct Open Borders, Research Agreements, and Defensive Pacts. 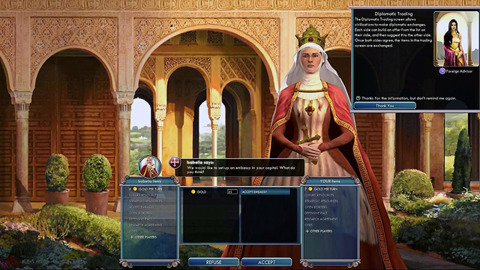 The new Religion and Espionage systems also work wonders for easing diplomacy. Any nation of the same Religion (As long as they actually want to be of said Religion) is more likely to work with you and avoid wars. However, this same faith will not negate their already formed treaties and alliances with third party empires.

Espionage can be used to give information to potential allies and forgiving nations that spy on you will improve relations. 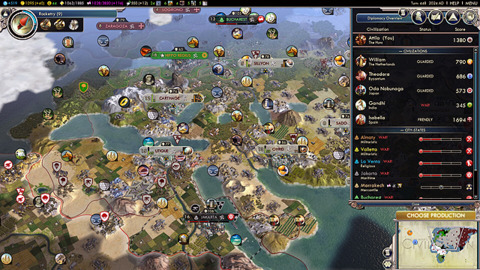 While the rival empire AI's have been toned down they are still remarkably aggressive. Expect strange requests, irrational declarations of war, and rampant amount of spies in your cities. You'll need to balance playing nice with the AI, all while keeping yourself and your territory well guarded with soldiers. 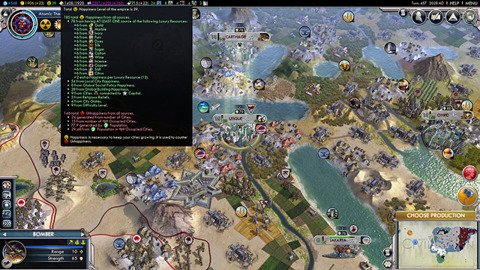 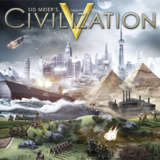