Many of the high-profile licenses orphaned after Activision and Vivendi's multibillion-dollar merger took some time to find new homes. Not so with the Bourne license. Not a week after being let go, the Ludlum family reacquired the video game rights to the works of Robert Ludlum, though it did so with the intention of finding a new steward "capable of fully exploiting the multiplatform potential of the Ludlum content and storylines."

Today, the Ludlum family has done just that. Electronic Arts has announced a multiyear, worldwide licensing agreement to create games based on Robert Ludlum's acclaimed novels. The publisher also announced that the first game in this deal will be based on the author's popular rogue spy Jason Bourne. Neither platforms nor an expected launch window were revealed.

Bourne fans hoping for a quality entertainment experience may be heartened to hear that Swedish outfit Starbreeze Studios has been tasked with the game's development. Starbreeze made a name for itself in 2004, partnering with Vin Diesel's Tigon Studios on The Chronicles of Riddick: Escape from Butcher Bay, the highly acclaimed film-to-game spin-off adaption of Diesel's Pitch Black antihero.

The upcoming Jason Bourne game marks the second in-development collaboration between EA and Starbreeze. About this time last year, the publisher announced that it had tapped Starbreeze to "reinvent a classic EA franchise." The game, operating under the code name Project RedLime, is in development for the Xbox 360, PlayStation 3, and PC.

For more on the series, check out GameSpot's full review of The Bourne Conspiracy, developed by High Moon Studios. 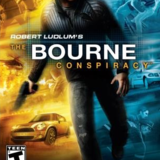