Blizzard Confirms Acquisition Of Proletariat, Aims To Hire "Hundreds" More In Next 2 Years To Support WoW

Blizzard Entertainment has acquired Boston-based game studio Proletariat, which will work on World of Warcraft going forward to help meet the "voracious appetite" among players for new content. This is happening at the same time that Blizzard is itself being acquired by Microsoft through the Xbox maker's $75 billion deal to purchase Activision Blizzard.

Activision Blizzard confirmed on Friday that Blizzard's deal to acquire Proletariat has closed, and it added some additional details. CEO Bobby Kotick said the company plans to hire "hundreds" more developers over the next two years to "serve the needs" of the WoW playerbase.

"The extraordinary team at Proletariat will be a key component of our talent acquisition efforts," Kotick said.

Blizzard president Mike Ybarra offered his own statement, saying the acquisition of Proletariat will help "meet and exceed" player expectations.

"A critical part of taking care of players is taking care of our teams--making sure we have the resources to produce experiences our communities will love while giving our teams space to explore even more creative opportunities within their projects," Ybarra said. "Proletariat is a perfect fit for supporting Blizzard's mission in bringing high-quality content to our players more often."

Proletariat will be "fully integrated" into Blizzard in the coming months, Activision Blizzard said.

As part of the deal, which was revealed first to VentureBeat, Proletariat will become a Blizzard studio, and its 100 developers will contribute to the ongoing development of WoW, including the Dragonflight expansion that is due out this year. Proletariat's latest game, Spellbreak, is shutting down.

This is just the latest expansion for Blizzard, as the veteran Activision studio Vicarious Visions was recently folded into Blizzard to help contribute to the Diablo franchise.

Terms of Blizzard's deal for Proletariat were not disclosed, but it's the company's first big buyout since it acquired Swinging Ape in 2005.

John Hight, the general manager of World of Warcraft at Blizzard, said the deal to buy Proletariat will help Blizzard keep up with the demands of the WoW audience.

"As you probably are aware, folks in World of Warcraft have a voracious appetite for content," Hight said. "And what we've seen over the last year is that we need to increase the amount of content that we can create, and the frequency with which we're putting it in the hands of our players."

Hight said Proletariat is a good match for Blizzard because the team was experienced with medieval fantasy and stylized art, which are common themes for WoW. Blizzard began talking to Proletariat in December 2021 and the studio has been working with Blizzard since May of this year.

With its acquisition of Proletariat, Blizzard now has teams on both coasts of the United States, which could help with the ambition to create more content for WoW and release it faster. Proletariat's staff also includes people who worked on The Lord of the Rings Online and D&D Online. The studio itself was founded in 2012 by people who previously worked at Harmonix, Turbine, and Insomniac.

Blizzard, and parent company Activision Blizzard, has been in the news lately regarding reports of sexual discrimination and other issues. Proletariat CEO Seth Sivak said the team had a "very kind and open and transparent conversation" about these issues before agreeing to the buyout.

A History of World of Warcraft So Far

"In some of the earliest conversations, we discussed just how they were looking at continuing to improve the culture and continuing to make a great place for developers to work," he said. "That was encouraging. Obviously, there is a lot of work to be done to continue to make an awesome place for developers to work. But we were pretty happy and satisfied with the direction that teams are going."

To the surprise of some, WoW's Dragonflight expansion is scheduled to be released this year. It's set to bring big changes to WoW, including overhauls of the game's class talents and profession systems alongside a new continent to explore. It will also include a new playable race, the Dracthyr, that--for the first time in the MMO's history--can only be a single class, the new spellcasting-focused Invoker. 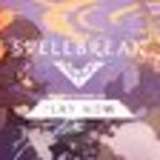