Bethesda to publish Call of Cthulhu

Headfirst's first-person horror game will be released by Bethesda early next year.

Bethesda Softworks has announced that it has signed a deal to publish Call of Cthulhu: Dark Corners of the Earth for the PC and Xbox. The first-person action adventure game will feature a mix of horror, investigation, puzzle solving, exploration, and combat.

The game is being produced by Headfirst Productions in conjunction with Chaosium, the creator of the Call of Cthulhu pen-and-paper RPG, and it adapts elements of H.P. Lovecraft's classic novels. A proprietary engine powers the game's detailed depiction of its horror-themed 1920s New England setting. A range of advanced special effects will add high levels of realism and a compelling portrayal of mental degradation. The game's interface is designed to minimize the intrusiveness of the HUD elements and increase the player's immersion in the horror setting.

"With Call of Cthulhu, Headfirst has taken the soul-crushing horror of Lovecraft's universe and turned it into a thrilling game experience," said Vlatko Andonov, president of Bethesda Softworks. "Our success with games like Morrowind demonstrates that gamers are ready for experiences that push the boundaries and try things that nobody else has done, and Call of Cthulhu definitely fits that description."

Call of Cthulhu is scheduled for release in early 2004. The game will be on display at E3 next week. For more details, check out our previous coverage of the PC and Xbox versions. 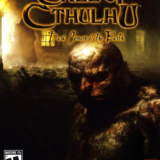 View Comments (0)
Call of Cthulhu: Dark Corners of the Earth