Japanese publisher set to bring Taiko no Tatsujin series back to the PSP, while DS owners can look forward to a brain-training parenting sim.

The rhythm game genre has been hamstrung on handhelds by the lack of dance pads, plastic guitars, and other such peripherals, but Bandai Namco thought its Taiko no Tatsujin series (Taiko Drum Master in the US) on the PlayStation Portable was so nice, the company decided to do it twice. Although it still won't include a big plastic drum for players to pound, Taiko no Tatsujin Portable 2 will feature 40 new songs and 62 songs in all. The game includes a story mode, a "learning room" that offers tutorials for the newbies and harder songs for veterans, and a donko mode, which turns the difficulty down considerably. The game will also feature multiplayer and will allow up to four people to play using one UMD.

The second game announced was another installment in the brain-training Unou no Tatsujin series for the Nintendo DS, which recently debuted in the US in the form of Point Blank DS (which does boast a brain training mode). The game, which is tentatively titled "Unou no Tatsujin: Hirameki Kosodate My Angel," appears to be a brain training game wrapped around a parenting sim.

The player is responsible for a small child, whose growth depends on the player's performance in "right brain quizzes." The quizzes are based on four core categories: memory, recognition, judgment, and concentration abilities. In between quizzes, the player will be treated to events in his or her "child's" life, such as school sports days and graduation. The Bandai Namco Web site says the game is intended for "young [adults] who dream of raising children, parents whose children have already left home, and mature children who want to have children one day."

Taiko no Tatsujin Portable 2 will go on sale September 7 for 5,040 yen (about $44). Unou no Tatsujin: Hirameki Kosodate My Angel will be released sometime this fall; its price has not yet been unannounced. 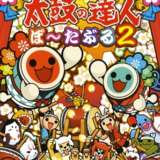