Assassin's Creed Rogue Confirmed for PC, But It's Not Coming Until 2015

At the end of a brand new story trailer released today for Assassin's Creed Rogue (above), Ubisoft reveals that a PC version of the open-world game is in the works. It launches in "early 2015," months after the Xbox 360 and PlayStation 3 versions arrive on November 11.

Previously, Rogue was confirmed only for Xbox 360 and PS3. Ubisoft did not say why the PC version won't be released alongside the console iterations next month, but the publisher has a history of releasing PC versions of Assassin's Creed titles months after their console cousins.

As for the new story trailer for Rogue, it introduces you to main character Shay Patrick Cormac, an Assassin-turned-Templar. The video also highlights Rogue's very varied environments, from lush cities to desolate, icy waters. The game's naval combat is also on display. 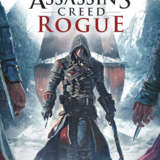