Arcade1Up's The Simpsons cabinet is available to preorder now at Walmart and Best Buy. Originally announced during E3 2021, the cabinet has long been one of the most requested machines by fans. Celebrating the original arcade game's 30th anniversary, the cabinet includes the classic beat-'em-up and The Simpsons Bowling. GameSpot has an exclusive hands-on preview with a prototype unit that you can read now. 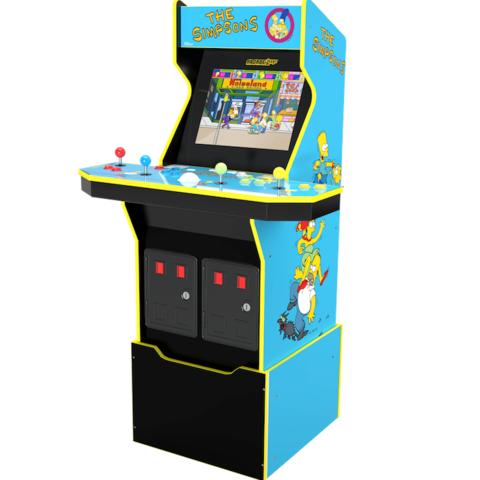 Arcade1Up's The Simpsons cabinet is available to preorder now at Walmart for $529. The cabinet comes with a riser and will ship on November 2. Alternatively, you can preorder a bundle that also comes with a themed stool from Best Buy for $700. Best Buy lists the bundle as releasing on November 30.

The Simpsons, originally released by Konami for arcades in 1991, has been replicated with a classic four-player control setup so that you and your friends or family can control Marge, Homer, Bart, and Lisa at the same time. The characters feature wildly different gameplay styles, with unique attacks to try out. Additionally, the cabinet comes The Simpsons Bowling.

As with other Arcade1Up units, The Simpsons comes with a separate riser to bring it up to standing height for adults, and it sports an accurate light-blue color with a marquee that also closely resembles the original, and the classic cartoon family is visible on the side. A lit marquee, exclusive stool, and a bonus tin sign complete the package.

There is also a trackball located directly in the center of the control panel, though this isn't used for The Simpsons arcade game itself. 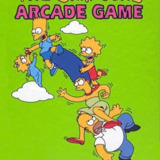