Another Small PS4 PS Plus Freebie Out Now

Grab some free stuff for Gems of War right now.

It's been a busy month for PlayStation Plus members. In addition to the usual slate of free games to download, we've seen several other bonuses pop up for subscribers, and now there's yet another to claim if you're a Plus member on PS4.

Periodically, Sony will offer some kind of free DLC pack to PS Plus members, usually for a free-to-play game--we've seen them for the likes of Smite and Orcs Must Die: Unchained. The latest of these is now available for a limited time. Gems of War, a free-to-play puzzle game from some of the same talent behind Puzzle Quest, has gotten a new DLC pack you can grab here for free if you're a PS Plus subscriber.

The Gems of War PS Plus Starter Pack effectively acts as a booster pack. It provides you with the Nobend Brothers troop in addition to 2,500 Souls and 10 Gem Keys, both of which are in-game currencies. This is not to be confused with the existing PlayStation Plus Bundle, which is also still available to Plus members and provides an assortment of Souls, Keys, and other bonuses. (Grab that here.) The new Starter Pack is only available for a limited time--it expires along with the rest of February's PS Plus freebies on March 5.

Among the other things Plus members can get right now are February's standard six free games, a bonus PSVR game, and a cosmetic item pack for Fortnite: Battle Royale. Additionally, if you claimed the original version through a much older PS Plus promotion, the newly released Reloaded Edition of Mercenary Kings can be downloaded for free. 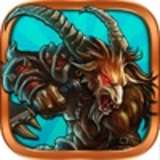