Ahead Of Little Nightmares 2, Snag The First Game For Free On Steam

With Little Nightmares 2 launching next month, Bandai Namco is giving away free PC copies of the first game in the horror series.

Little Nightmares 2 is less than a month away from release, and to celebrate, publisher Bandai Namco is giving away free copies of the first game on PC. From now until January 17, you can claim a free Steam code for Little Nightmares via Bandai Namco's website. Codes will be delivered via email within two weeks, and the sign-up page says "while supplies last," so you may want to get your name on the list quickly.

This isn't the only way to snag Little Nightmares for free this month--Xbox Live Gold and Xbox Game Pass Ultimate subscribers can claim Little Nightmares right now as part of January's Games with Gold offerings. It's free on Xbox One and Xbox Series X|S for members until January 31.

Released in 2017, Little Nightmares is a horror puzzle-platformer about a little girl named Six trapped in an underwater vessel called the Maw. Similar to games like Inside and Limbo, Little Nightmares doesn't have any dialogue and instead tells its story through its atmospheric setting and disturbing background visuals. As Six makes her way through the Maw in an attempt to escape, you'll have to avoid capture by the Maw's creepy residents and solve puzzles to navigate the various rooms.

"It's likely you'll finish Little Nightmares in one or two sittings; its brief length may diminish the spark of its highs, making you wish there was more to prolong the time it takes to overcome its tense set pieces," he wrote. "But regardless of how you view the time you spend with the game, its strange and distorted world is enough to pull you back in for a second playthrough. The journey to reach its provocative conclusion is filled with unnerving questions and imagery that take hold of your morbid curiosities and pull you deep into introspection. While its puzzles are at times too straightforward, Little Nightmares is a chilling odyssey well worth taking."

On February 11, you'll be able to explore the world outside the Maw in Little Nightmares 2, which follows a new young protagonist, Mono, as he teams up with Six to explore a mysterious signal that's distorting the world around them. Little Nightmares 2 preorders are available now for PC, Nintendo Switch, PS4, PS5, Xbox One, and Xbox Series X|S, including a preorder bonus and physical Day One edition. Plus, check out our early impressions of Little Nightmares 2, including our most recent experience playing through the game's school level. 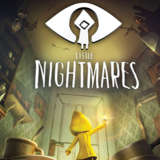