The AEW-branded management sim will soon be entering a closed beta test.

AEW Games has pulled back the curtain on new details for upcoming management sim AEW Elite GM, the wrestling company's second foray into mobile gaming after AEW Casino: Double or Nothing.

Executive producer for AEW Games--and referee for AEW itself--Aubrey Edwards hosted a brief livestream showing full gameplay of Elite GM, showcasing the management sim's extensive offering of fantasy booking options while offering new details on the project. The video also announces the opening of registration for a closed beta test coming soon, for which those interested can sign up here.

Players will be able to take on the head booker job for their own wrestling federation, doing everything from drafting a roster to booking and building feuds. Running shows will gain revenue for the organization, which will then be used to sign more wrestlers and continue to grow the brand. AEW Elite GM also includes a PvP multiplayer element, letting players compete with other bookers' federations in a ladder-style ranking system.

"We’ve said from the beginning that it’s imperative we listen to our fans and strive to implement their feedback into our games," Edwards--who previously worked as a developer for Scribblenauts developer 5th Cell--said in the official release. "We’re excited to give our fans a voice as we take this beloved genre to new heights and deliver an authentically AEW experience on a global scale." 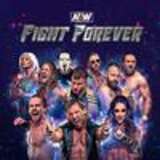