WWE publisher seeks to halt the sale of SCORE International Baja 1000 due to cover shot similarities with Baja: Edge of Control.

It isn't often that one gaming publisher takes another to court. However, that's just what happened last week, when THQ filed a lawsuit against Activision Blizzard over a dispute involving the box art for their respective racing titles Baja: Edge of Control and SCORE International Baja 1000.

THQ's complaint, which was filed on October 23 in the US District Court of Central California, was first spotted by Patent Arcade. According to a copy of the suit obtained by GameSpot, THQ claims that the cover art for Activision Blizzard's upcoming SCORE International Baja 1000 too closely resembles that of Baja: Edge of Control. THQ says it has spent more than $1 million on marketing since the box shot was unveiled in June.

In the art for the THQ game (pictured top), two rally cars, one red the other blue, are shown in profile in the foreground careening through a desert landscape, with another car flipping forward and one more racing to catch up. A helicopter surveys the scene in the background. Activision's box art (pictured bottom) also shows two race cars in profile in the foreground, one red and the other silver with touches of blue. However, the similarities seem to end there, as the landscape is a canyon environment, and the two front-runners are trailed by a dirt bike.

In THQ's complaint, the publisher claims that the offending art is "likely to confuse, cause mistake, or deceive the public" into thinking that Activision Blizzard's game is "sponsored or approved" by THQ and that there is an affiliation between the two companies. THQ also notes in its complaint that it contacted Activision Blizzard through both written and verbal communication, but the SCORE International Baja 1000 publisher refused to comply with a request to make changes.

"If Activision releases the Activision Game to consumers with the packaging art depicted...THQ will suffer harm for which it has no adequate remedy at law, and which is irreparable," reads THQ's complaint. The publisher is therefore seeking to bar the sale of Activision's game. Were the court to not grant this request, THQ's complaint seeks damages as determined by a jury.

A THQ representative declined to comment on the ongoing litigation. Activision Blizzard had not responded to requests for comment as of press time. 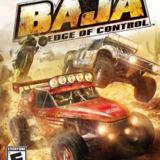